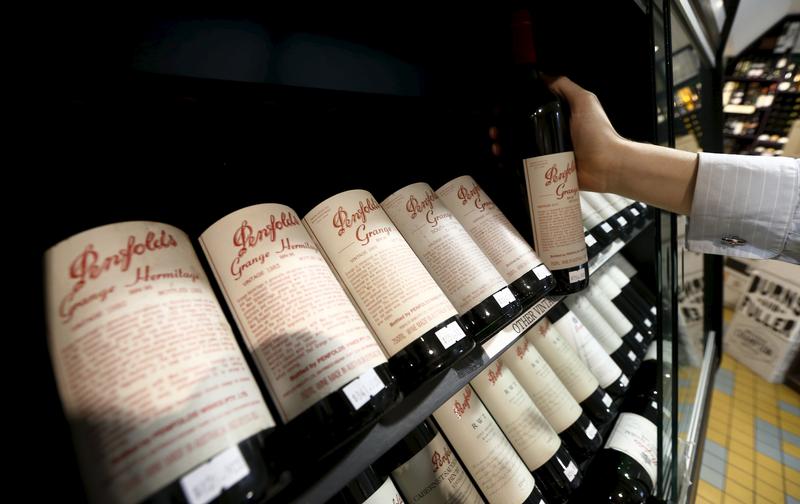 Giving Penfolds its own cellar could pay off for Treasury Wine Estates. The $4.7 billion Aussie winemaker said on Wednesday it could spin off its prized brand. That should deliver a higher valuation for the label and separate it from a case of ragbag brands that need restructuring. A coronavirus-induced glut of posh grapes might eventually help, too.

Treasury has had a solid run under outgoing boss Michael Clarke, who came on board in 2014 after a cheap wine glut in the United States forced Treasury to destroy gallons of plonk it couldn’t sell. After fending off buyout interest from KKR and TPG, Clarke positioned it to capitalise on Asian demand and focus on higher margin mid-market and luxury wines. By its peak in 2018, Clarke had delivered total annualised returns of close to 40%, five times the benchmark ASX 200 index.

Old ghosts have since returned to haunt him, however. The U.S.-China trade war and a bigger-than-expected Californian vintage has led to another oversupply of cheap wine in the United States, and Covid-19 will exacerbate the problem. Shares closed 47% below their peak on Wednesday.

Carving out Penfolds will help, and it’s perhaps what private buyers might have done earlier, too. The brand accounts for over half its earnings and most of its future growth, but only about 10% of volumes. Analysts at Citigroup estimate that the unit made A$380 million, or about $237 million, of operating profit in its last financial year. On a similar multiple to Laurent Perrier and Remy Cointreau, the unit might be worth about $5 billion – not far off Treasury’s market value before Covid-19. Penfolds may not be quite as high-end as those tipples, but its premium value is somewhat lost in Treasury’s bigger portfolio.

That will free up the remaining business to focus on selling off cheaper wines and building its less popular mid-market and luxury labels, such as 19 Crimes and Wynns. Consumers are keen on cheaper bottles as they stay at home on lockdown all over the world, but Treasury is betting that will pass. The upside for strong brands like Penfolds is the chance to bargain hunt for luxury grapes for the next hit vintage.

Sydney-listed Treasury Wine Estates said on April 8 it is considering spinning off its premium brand Penfolds and associated assets into a separate listed company.

The decision follows a strategic review. A spinoff, if completed, would see Penfolds listed on the Australian Securities Exchange by the end of next year.

The split remains subject to board, shareholder and regulatory approvals.

Sydney-listed Treasury Wine Estates said on April 8 it is considering spinning off its premium brand Penfolds and associated assets into a separate listed company.

The decision follows a strategic review. A spinoff, if completed, would see Penfolds listed on the Australian Securities Exchange by the end of next year.

The split remains subject to board, shareholder and regulatory approvals.