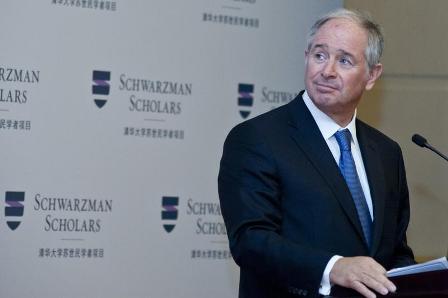 Trendy new buyout clubs may disappoint their eager would-be patrons. Blackstone Group is enlisting some of its fund investors to help buy auto-parts maker Gates for $5.4 billion. Such collectives are increasingly displacing teams of private equity firms in bigger deals. Returns from so-called co-investing, though, could make it a passing fad.

The $1.6 billion equity check needed to pay for Gates is more than even industry giant Blackstone wants to commit to a single deal. TPG considered partnering with Blackstone but backed out. Club deals like that have largely fallen out of fashion. Their popularity crested during the pre-2007 buyout boom when ever-bigger takeovers were de rigueur, but clashes over management, operations and exit timing often proved troublesome.

Instead, as deals grow larger again, buyout firms are inviting selected limited partners to invest alongside them. According to a survey released last month by research firm Preqin, nearly a third of shops plan to offer more co-investment opportunities than they did a year before, and half of private equity investors intend to increase their co-investment activity.

Cooperation of this sort makes sense in a lot of ways. Buyout firms bind themselves more closely to certain investors, making it easier to raise new funds when the time comes. Sovereign wealth funds and pension plans, meanwhile, escape management fees, invest capital more quickly and keep more of the gains for themselves. Yet for these tag-along investors, there’s a big theoretical risk.

A new study of almost 600 buyouts over a 30-year span by private equity adviser Altius Associates underscores the problem. The deals on average delivered an internal rate of return of 16.5 percent. A simulated 10-company portfolio, a proxy for hypothetical co-investments, generated a similar return. But introducing adverse selection, the possibility that co-investors might not choose or be granted access to the top 10 percent of buyouts in terms of profitability, brought the average IRR down to less than 1 percent.

In practice, keen co-investors would be unlucky to miss out only on the very best deals. They won’t have access to all of them, however. Many limited partners also won’t be properly equipped to evaluate the ones they are welcomed to join, especially in the short time usually required. Nightclub owners know that velvet ropes create psychological appeal. Getting past them, though, can often be a letdown.

Blackstone Group said on April 4 that it had agreed to buy auto-parts maker Gates from Onex and Canada Pension Plan Investment Board for $5.4 billion. The buyout firm expects to use about $1.6 billion of its own capital to pay for the deal, but is working with some investment partners to join it in the deal and cover part of that sum.

Stephen Schwarzman, chairman and CEO of the Blackstone Group, gives a speech at a news conference for the launch of the Schwarzman Scholars at the Great Hall of the People in Beijing, April 21, 2013.

Blackstone Group said on April 4 that it had agreed to buy auto-parts maker Gates from Onex and Canada Pension Plan Investment Board for $5.4 billion. The buyout firm expects to use about $1.6 billion of its own capital to pay for the deal, but is working with some investment partners to join it in the deal and cover part of that sum.