Trip to the top 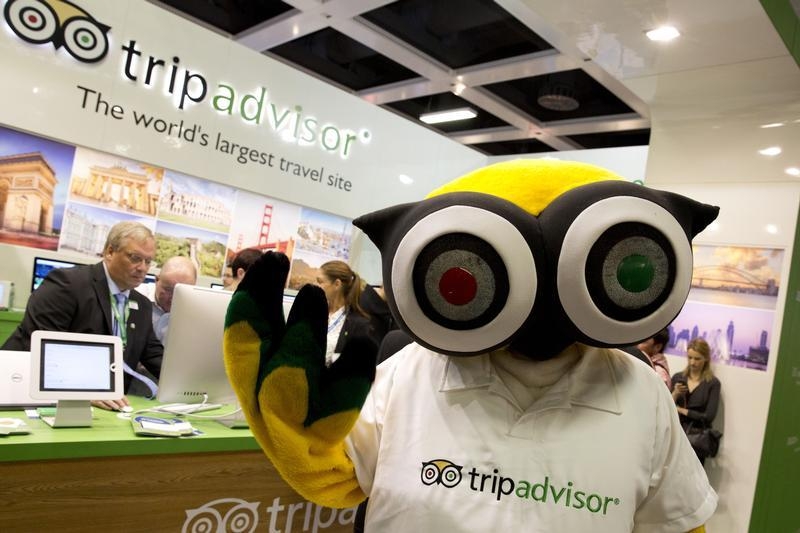 TripAdvisor’s deal with the Priceline Group could leave rivals in the dust. The $12 billion travel-review website already had plenty of visitors, but its dependence on advertising made it a laggard among peers. Sharing business with the hotel-booking powerhouse gives it additional fee revenue and a shot at becoming a one-stop tourist spot.

TripAdvisor and hotel chains like Marriott International and Best Western have over the past year struck agreements that allow travelers to book rooms through the site. The innkeepers fill their vacancies and TripAdvisor gets a cut that is slightly less than what competitors Expedia and Priceline command.

That Priceline would now join in the arrangement seems, at first blush, a surprise. But the two companies already have a cozy relationship. Priceline places lots of ads with the travel-review site, generating a healthy flow of customers who click through and a big chunk of revenue for TripAdvisor. The new deal would keep the customers on the latter’s site and save Priceline from losing those who don’t want to be redirected to its own location.

Each company’s share of the revenue from the arrangement hasn’t been disclosed, but TripAdvisor looks like a clear winner. Travelers will probably get used to visiting its website as the place to fill most of their needs. If everything goes as planned, small hotels and other businesses will also go to the site in search of customers, and vice versa.

That prospect may well explain shareholders’ enthusiastic reaction. The price of TripAdvisor shares shot up over 20 percent after the news broke on Wednesday, adding more than $2 billion to the company’s market value. Priceline shares, on the other hand, dropped 2 percent in value, perhaps because shareholders fear hotels will bypass the company and simply list on TripAdvisor.

In any event, the agreement puts competitors in a tight spot. Rival booking site Expedia saw the price of its stock plunge 4 percent. It and similar companies may be forced to strike their own deals before they disappear in the rearview mirror.

Priceline said on Oct. 14 that its Booking.com customers will now be able to instantly reserve hotel rooms on the site of TripAdvisor. The latter company, a travel review website, introduced an instant booking feature last year.

Under the agreement, Priceline will list hotels from its Booking.com listings, and in time other brands owned by the travel company will participate. Priceline will handle all the customer care related to the transaction.

TripAdvisor’s stock rose 20 percent in early trading on news of the deal.