Italy on the cheap 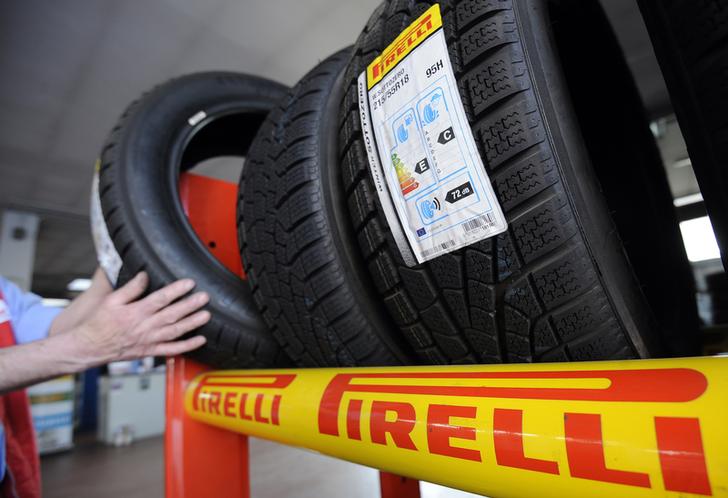 Pirelli’s would-be new owners have pitched their price cleverly. Marco Tronchetti Provera, the Italian tyremaker’s chairman and a leading shareholder, has teamed up with state-owned China National Chemical Corporation to buy and then delist the company’s shares. The deal highlights how Italian companies are up for sale to foreign owners, even at ungenerous prices.

The public offer will follow a private transaction. ChemChina first buys a 26 percent stake in Pirelli from holding company Camfin, currently largely owned by Russian oil major Rosneft, Italian banks and Tronchetti Provera himself. The other current shareholders of Camfin will buy into the new company, which then launches a tender at 15 euros for the remaining Pirelli shares, valuing the entire company at 7.1 billion euros ($7.7 billion). If all shares are sold in the tender, ChemChina could own 65 percent of the new firm.

The price is an 18 percent premium to Pirelli’s average over the last three months, Camfin says. That compares with an average premium of 25 percent in recent industrial deals, according to Thomson Reuters data. It might be cheaper still, compared to the ultimate prize: a breakup of Pirelli. One plan could be to merge Pirelli’s low margin truck business with divisions of ChemChina, and then re-list the remaining premium tyre business at a higher valuation.

The reshaped company could be worth no more than 16 euros per current Pirelli share, Mediobanca analysts estimate. Rival broker ESN reckons a value as high as 21 euros.

Investors who want more than is on offer aren’t in a strong position. They could be left with a minority position in a complex company, and the value from a breakup could take years to realise. The current market price of 15.5 euros, or roughly 15 euros after deducting a dividend expected before the deal closes, implies that not much can be gained by holding out.

The planned deal highlights how Italian companies are now up for sale to foreign owners, even Chinese state-owned entities. Yet it also shows how sensitive foreign ownership still is. The deal has been structured to appeal to Italian sensibilities by requiring a 90 percent vote at the new company to take Pirelli’s headquarters out of Italy. How effective that protection proves in practice remains to be seen.

Pirelli tyres are pictured at a tyre specialist center in Turin, March 18, 2014.

China National Chemical Corporation will buy a controlling stake in Italian tyremaker Pirelli, according to a statement from Camfin, a Pirelli holding company.

Under the transaction, China National Tire & Rubber Co, a subsidiary of CNCC, will buy a 26 percent stake in Pirelli held by Camfin through a new company, in which Camfin shareholders will also invest.

The new company will launch a tender offer for Pirelli at 15 euros a share, the same price as the Camfin share sale. China National Tire & Rubber will own at least 51 percent of the new firm, and could own up to 65 percent if the tender offer is fully taken up, according to a person familiar with the matter.