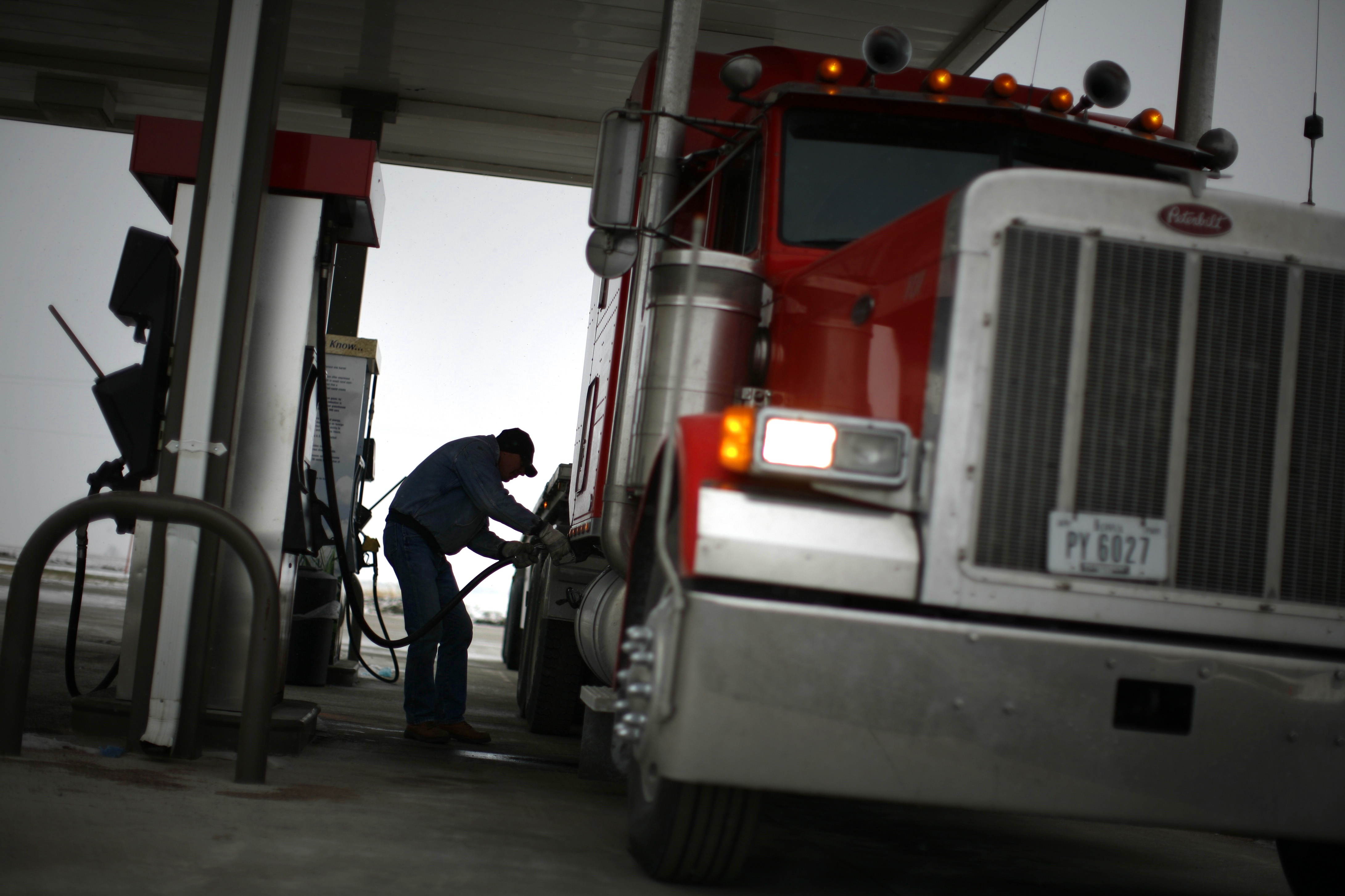 Knight’s $6 bln merger with larger, less efficient Swift creates a sizable player in an industry full of owner-operators. The new company will have more heft to deal with threats like automation. And the reduced power of Swift’s founder hints at a more professional operation.

Truck driver Randy Walker fills his rig's tanks with biodiesel fuel at a gas station in the town of Nevada, Iowa, December 6, 2007.

Trucking companies Swift Transportation and Knight Transportation said on April 10 that they are to combine in an all-stock merger with an enterprise value of approximately $6 billion. Each Swift share will convert into 0.72 shares in the new firm, and Knight investors would receive one new share for every share held. Swift investors would own about 54 percent of the combined firm, and Knight investors 46 percent. Based on closing prices on April 7, the last day of trading before the deal was announced, Swift investors will receive a 10 percent premium. The companies expect to cut annual costs by $150 million by 2019.

The new company will be known as Knight-Swift Transportation Holdings.

Jerry Moyes, the founder of Swift, and his family will own approximately 24 percent of the combined firm. They pledge that any shares they are entitled to vote over 12.5 of the combined firm will be voted as directed by a committee comprising Jerry Moyes, Kevin Knight and Gary Knight, except in the case of a vote of any sale of Knight-Swift. In addition, the Moyes family has agreed to certain standstill restrictions and provisions designed so that any of their share sales are implemented in an orderly manner.