Peas in a pod 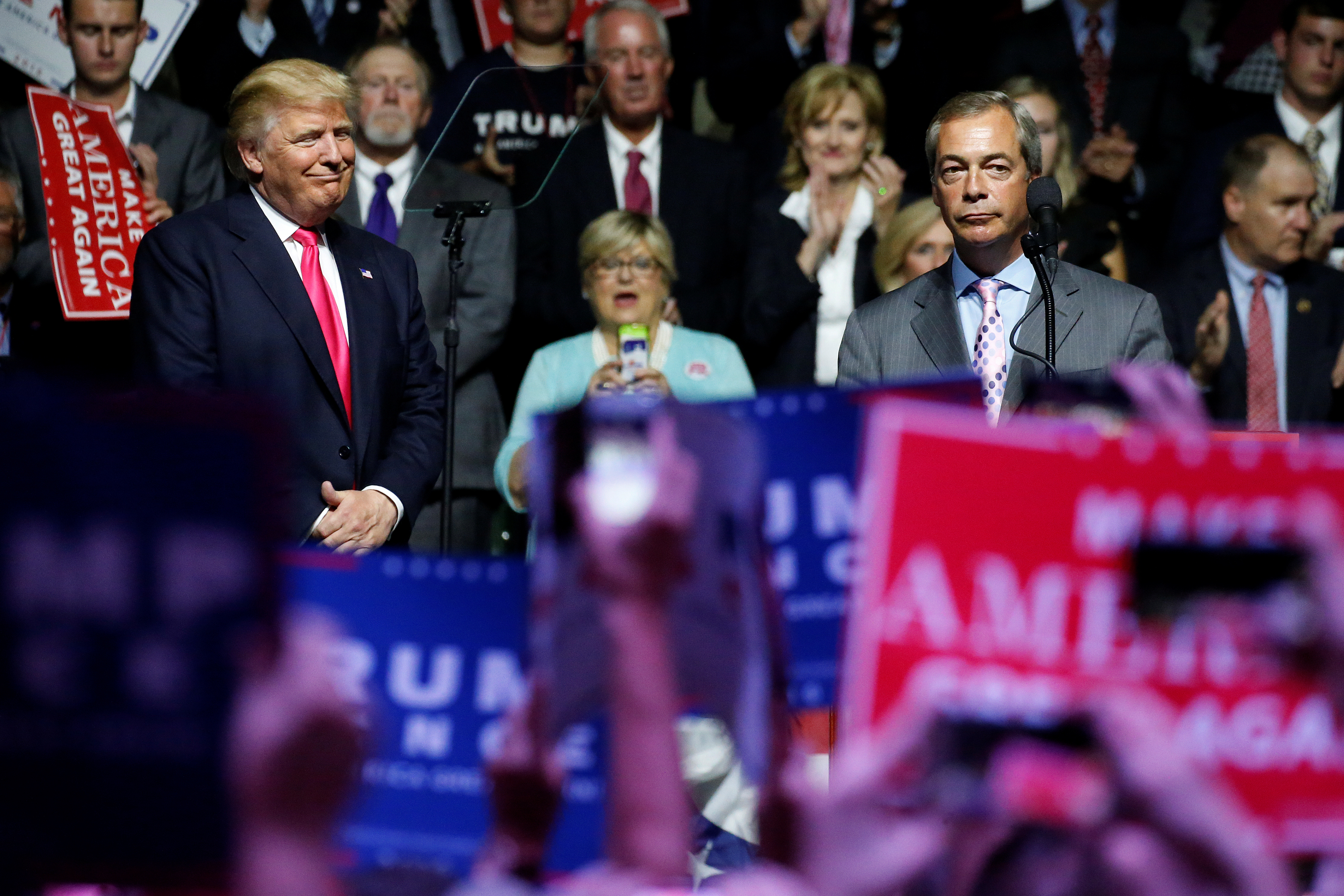 Brexit cheerleader Nigel Farage says Americans may defy the elite by voting for Donald Trump, as Brits did by opting to leave the EU. Farage, like Trump, was loose with facts but accurately gauged public anger. Betting markets, investors and pollsters ought to heed the lessons.

Nigel Farage, the outgoing head of the UK Independence Party, spoke at a rally for Republican presidential nominee Donald Trump in Mississippi on Aug. 24. He said American voters can defy the establishment the same way that Brits voted to leave the European Union in June.

Trump said he supported Brexit proponents who “wanted to take control of their own future.”  “November is our chance to redeclare American independence,” he said. Trump is competing against Democratic presidential nominee Hillary Clinton in the Nov. 8 vote.