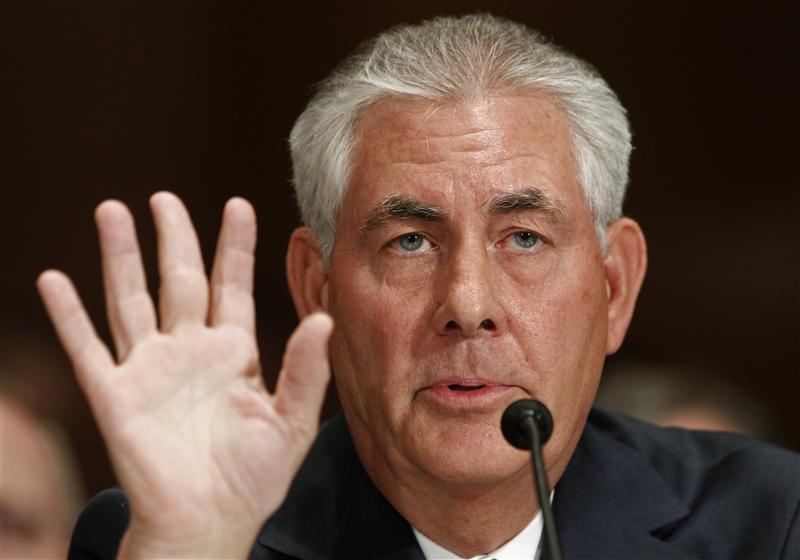 Nine of the president-elect’s cabinet picks face a Senate grilling this week. The likes of former Exxon boss Rex Tillerson and billionaire Wilbur Ross were chosen for their investment nous. Conflicts of interest and missing financial disclosures, however, can be bad for business.

Exxon Mobil CEO and Chairman Rex Tillerson speaks as he and other top oil and gas industry executives testify during a Senate Finance Committee hearing on Oil and Gas Tax Incentives and Rising Energy Prices on Capitol Hill in Washington May 12, 2011.

Confirmation hearings for nine of President-elect Donald Trump's cabinet nominees kick off this week, starting with Republican Senator Jeff Sessions for attorney general on Jan. 10. Four hearings are scheduled for Jan. 11, including one for former Exxon Mobil Chief Executive Rex Tillerson, who has been tapped to become secretary of state. Billionaire investor Wilbur Ross, who is nominated to be commerce secretary, will go before the Senate on Jan. 12.

Ross is one of several nominees who have yet to submit their financial-disclosure reports, which list assets, income and other information. Senate Democratic Minority Leader Chuck Schumer and others in his party have criticized Republicans for holding hearings without those reports. Walter Shaub, head of the Office of Government Ethics, said in a letter on Jan. 6 to Schumer that it would be "cause for alarm" if the Senate moved forward with nominee hearings without having their financial-disclosure reports certified by his office.

The nominees need approval from a majority of the 100 member Senate to take up their posts.