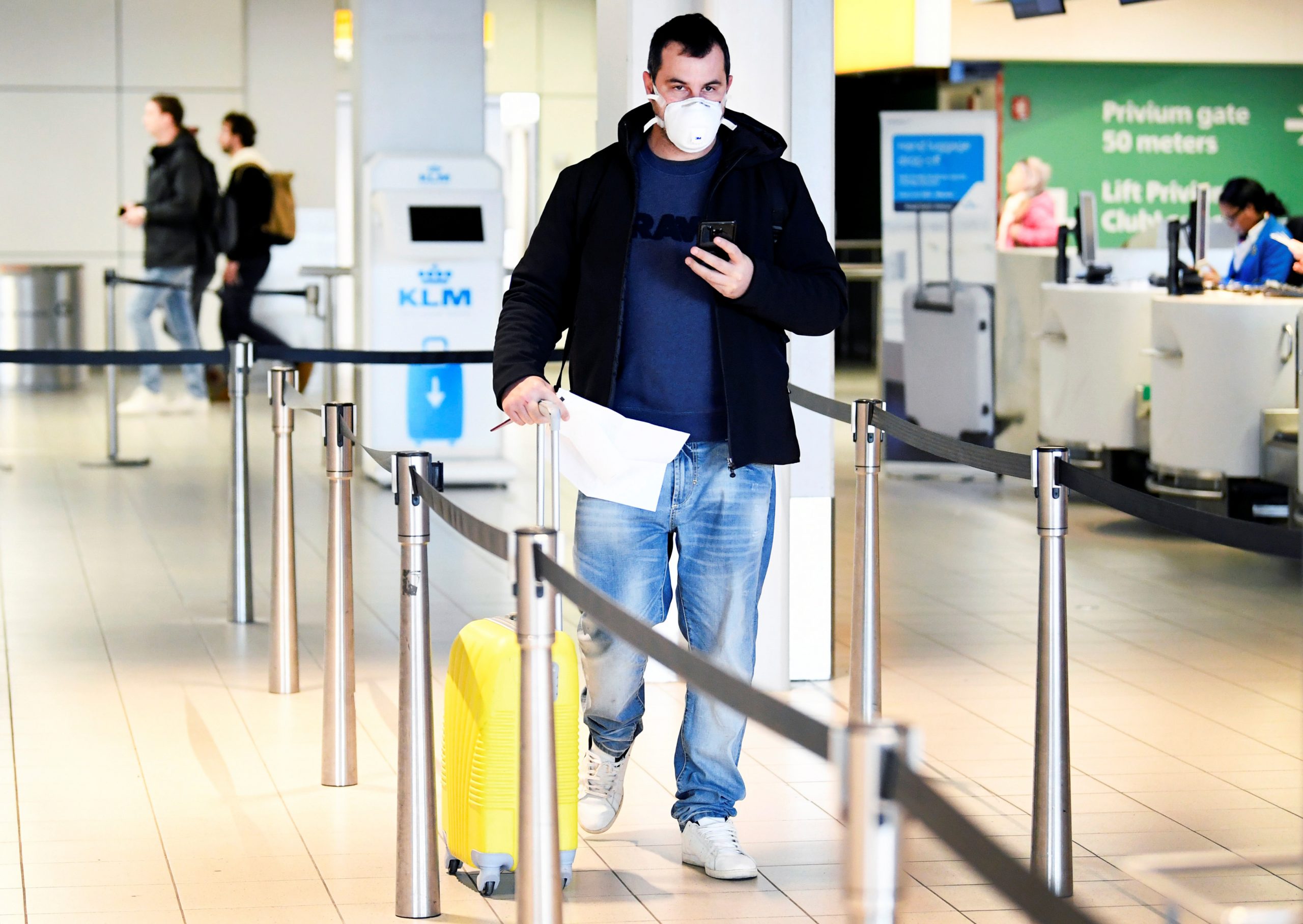 A traveler wears a mask in the departure hall at the KLM Service Desk, as the travel ban for European countries announced by U.S. President Donald Trump has major consequences for the world of travel and travelers that have just arrived from U.S., in Schiphol, Netherlands March 12, 2020.

U.S. President Donald Trump on March 11 said he would restrict travel from Europe to the United States for 30 days to try to contain the spread of the coronavirus.

On March 12, Swiss travel retail company Dufry reported its full-year 2019 results. The company, which made 88% of its net sales in airports, announced its 2020 guidance with a single-digit decrease in organic sales and job cuts. Shares of Dufry slid more than 19%.

The French government said on March 11 that a privatisation of ADP will be postponed due to market conditions.