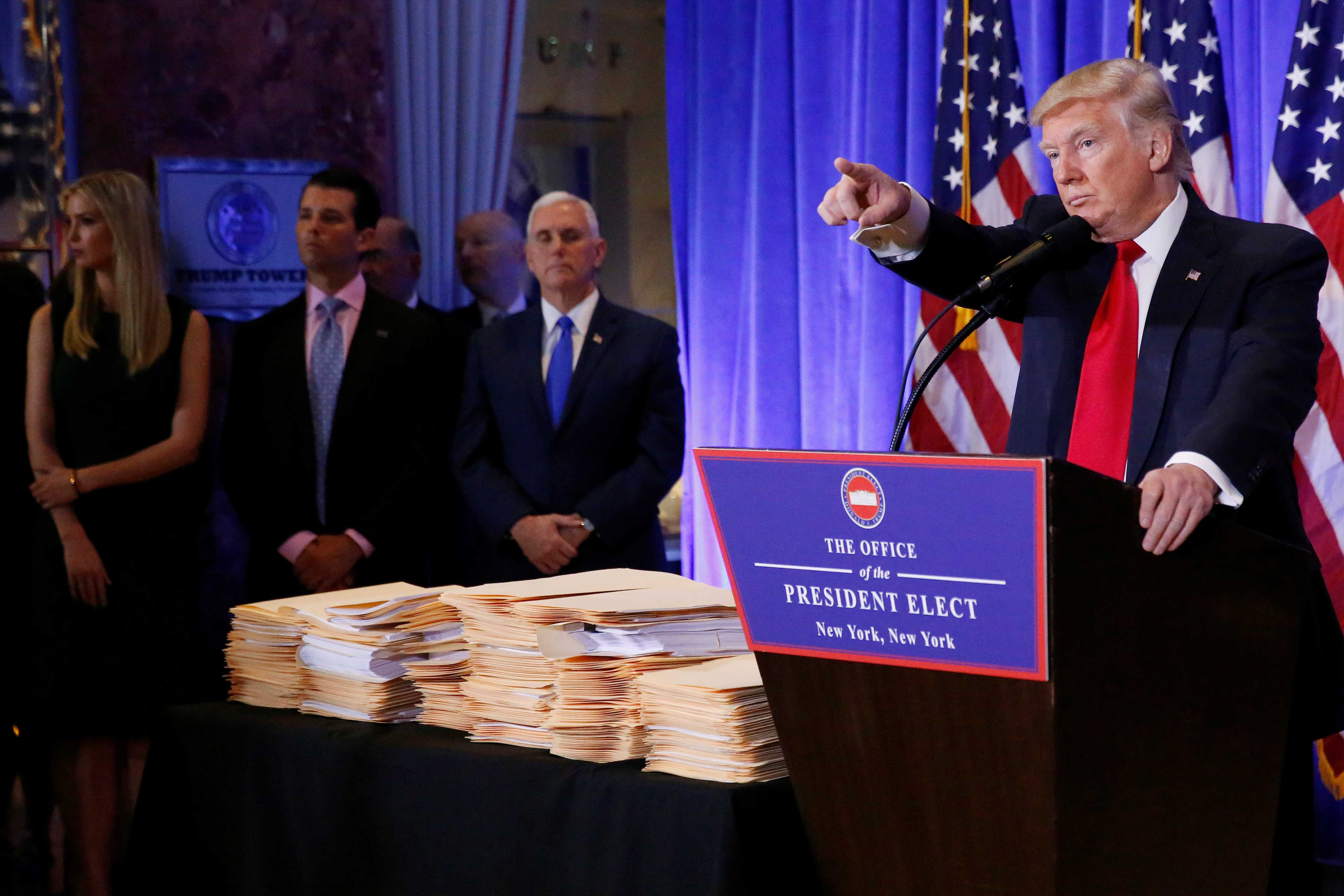 Restricting dealmaking and putting his sons in charge of his firm falls short of the blind trust ethics standards demand. It’s a gift to Senate Democrats, whose criticism of any lapses could stymie the president-elect’s plans for everything from the economy to the Supreme Court.

U.S. President-elect Donald Trump on Jan. 11 announced his proposal to separate himself from his business before he takes office on Jan. 20. In his first press conference in six months, Trump adviser Sheri Dillon, a lawyer at Morgan Lewis & Bockius, said he will relinquish management of his business and hand it over to his two eldest sons and a Trump Organization executive. He will also resign from his positions at Trump entities, which will be put into a trust, while all pending deals were terminated.

Under the trust, no new foreign deals will be made during his presidency and new domestic transactions will need to be vetted and approved by an ethics adviser who will be appointed to the organization. Any payments made to Trump hotels, including a new property in Washington, D.C., by foreign governments will be sent to the U.S. Treasury. The Trump Organization is also creating a new position of chief compliance counsel.

Trump and Dillon repeatedly emphasized that federal conflict-of-interest laws don't apply to the U.S. president. But Trump said he is taking these steps to reassure the American people he is not exploiting the presidency for his financial benefit.