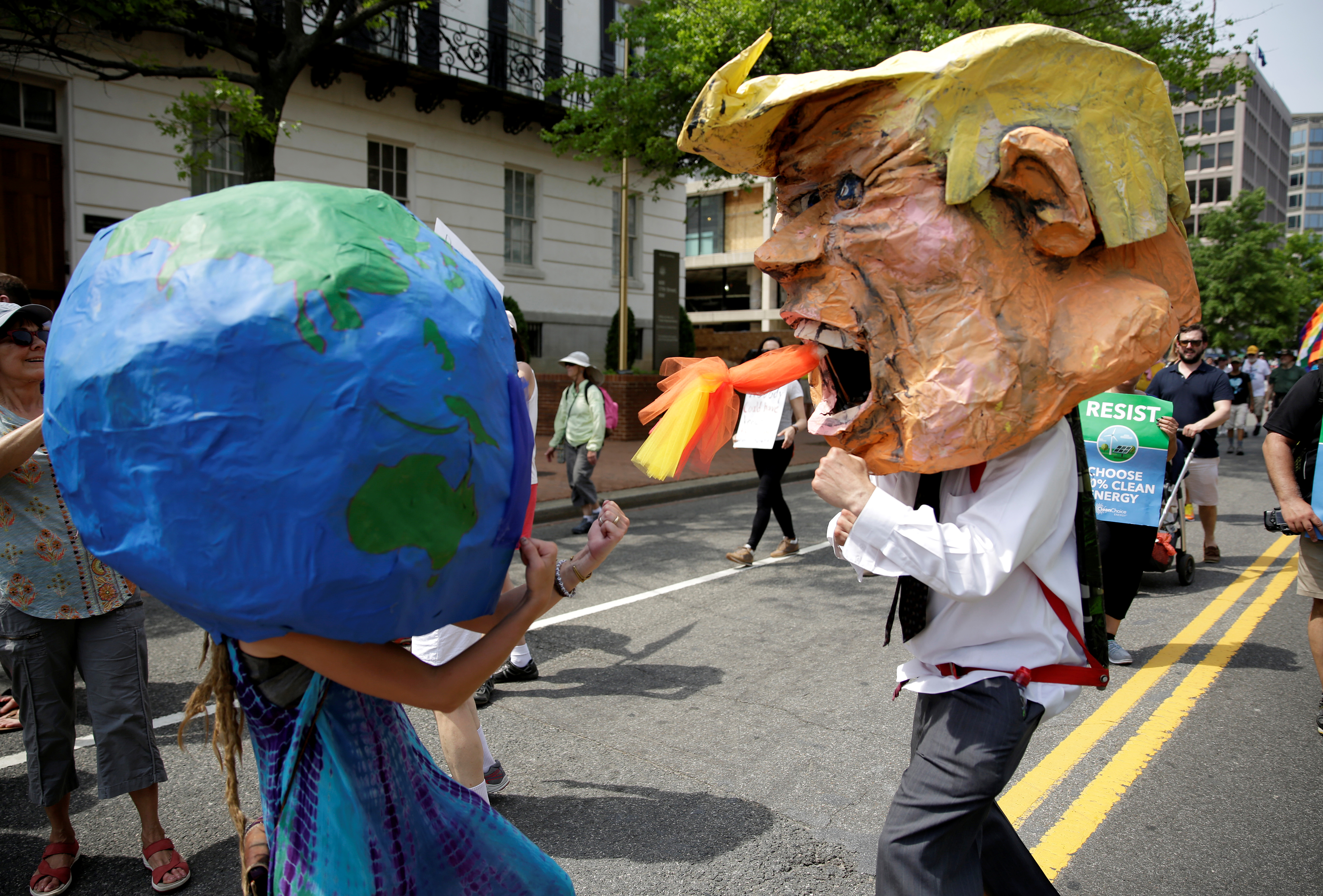 U.S. support for anti-warming measures will be missed, if its withdrawal from the Paris accord is confirmed. But states, cities and businesses remain on board. And for nearly 200 other countries, including top polluter China, progress may be smoother free of D.C. foot-dragging.

Protesters dressed as the earth and U.S. President Donald Trump pretend to fight during the Peoples Climate March near the White House in Washington, U.S., April 29, 2017. REUTERS/Joshua Roberts

President Donald Trump will follow through on a campaign pledge to pull the United States out of a global pact to fight climate change, a source briefed on the decision told Reuters on May 31, a move that promises to deepen a rift with U.S. allies.

Trump, who has previously called global warming a "hoax," did not confirm the decision in a post on Twitter, saying only, "I will be announcing my decision on the Paris Accord over the next few days."

A U.S. decision to withdraw from the accord could further alienate American allies in Europe already wary of Trump and call into question U.S. leadership on one of the world's most important concerns. It would put the United States alongside Syria and Nicaragua as the only countries not participating in the Paris climate agreement.