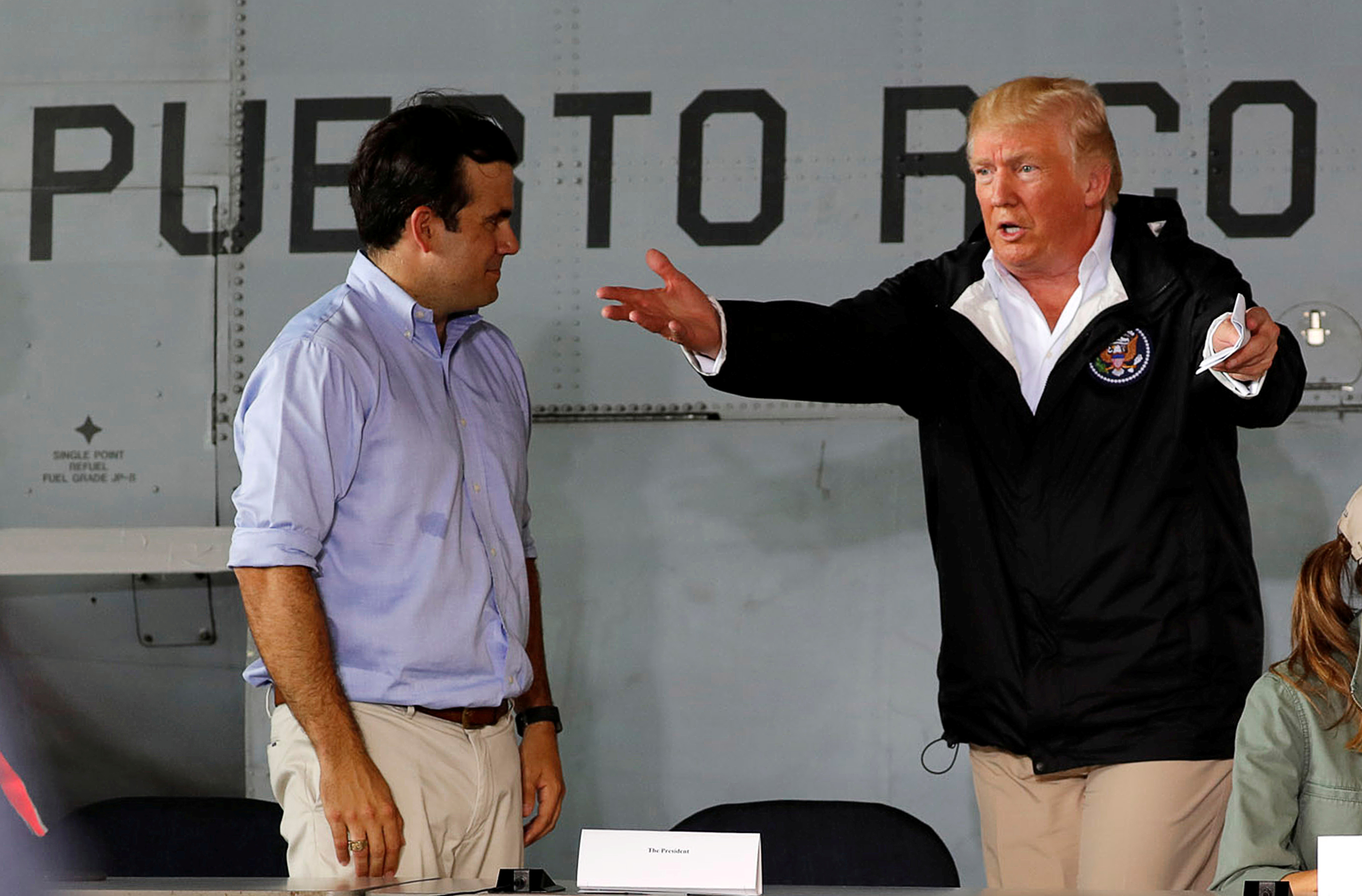 The president’s vow to wipe out the U.S. commonwealth’s debt sent its bonds plunging. The devastation wrought by Hurricane Maria may necessitate another restructuring. But it doesn’t address the island’s problems. Its citizens need money, supplies and services, not distraction.

U.S. President Donald Trump talks with Puerto Rico Governor Ricardo Rossello (L) as they take their seats for a briefing on hurricane relief efforts in a hangar at Muniz Air National Guard Base in Carolina, Puerto Rico, U.S. October 3, 2017.

President Donald Trump on Oct. 3 said Puerto Rico’s debts will have to be wiped out following the widespread damage from Hurricane Maria.

After a visit to see recovery efforts in the U.S. commonwealth, the president said in an interview on Fox News: "They owe a lot of money to your friends on Wall Street and we're going to have to wipe that out. You're going to say goodbye to that, I don't know if it's Goldman Sachs, but whoever it is you can wave goodbye to that."

White House budget director Mick Mulvaney on Oct. 4 qualified the president’s statement, saying he was referring to Puerto Rico’s need to fix its own debt issues through its oversight board. “I wouldn’t take it word for word,” he told CNN.

Puerto Rico in May moved to restructure its estimated $72 billion of debt under a 2016 federal rescue law known as PROMESA. The island’s government accepted federal oversight of its budget and finances as part of the process.