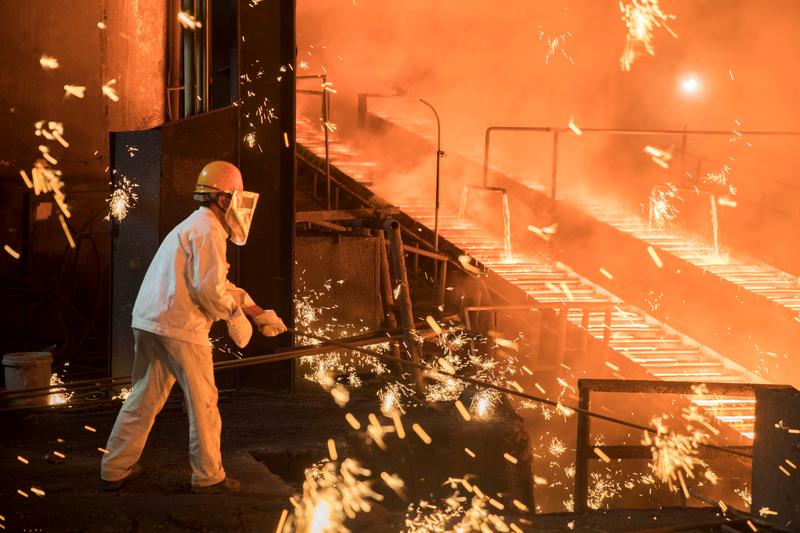 The afterglow of the U.S. president’s trip to China faded fast. Unimpressed by Beijing’s progress on North Korea and market opening, he is taking an aggressive stance on aluminium dumping. This sets the stage for uglier, more economically significant fights on trade.

A laborer works at a steel plant of Shandong Iron & Steel Group in Jinan, Shandong province, China July 7, 2017. Picture taken July 7, 2017. REUTERS/Stringer ATTENTION EDITORS - THIS IMAGE WAS PROVIDED BY A THIRD PARTY. CHINA OUT. NO COMMERCIAL OR EDITORIAL SALES IN CHINA. - RC129B266040

The department said it could apply duties of up to 60 percent on aluminum alloy sheets. It said imports of the flat-rolled metal from China totalled about $604 million in 2016.

The probes are separate from other, national security-related investigations into Chinese aluminium and steel imports.