Kingdom in the middle 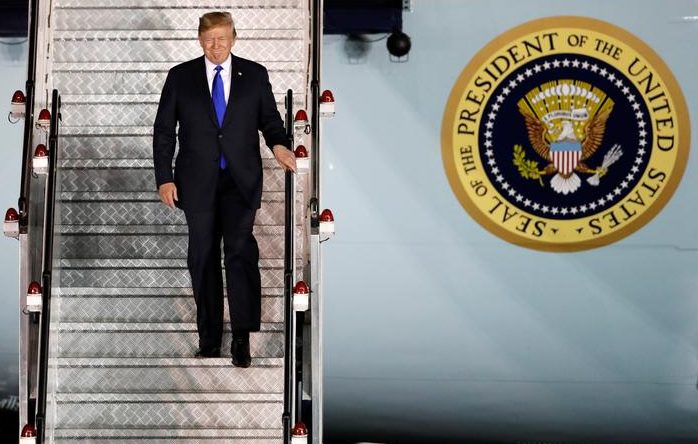 A breakthrough in Singapore between the mercurial U.S. and North Korean leaders would be an economic win for Seoul and others in the region. China might even profit from the détente. President Xi Jinping also could lose negotiating leverage, though, as trade tensions escalate.

U.S. President Donald Trump steps off his plane as he arrives at Paya Lebar Air Base in Singapore, ahead of a summit with North Korean leader Kim Jong Un, June 10, 2018.

U.S. President Donald Trump and North Korean leader Kim Jong Un arrived in Singapore on June 10, ahead of a planned meeting on June 12. The summit will be the first meeting between the two leaders.

U.S. Secretary of State Mike Pompeo said in a tweet on the same day that Washington was “committed to the complete, verifiable, irreversible denuclearization of the Korean peninsula”.

Kim has made two visits to China since March, most recently meeting Chinese leader Xi Jinping in Dalian, northern China, on May 7 and May 8.