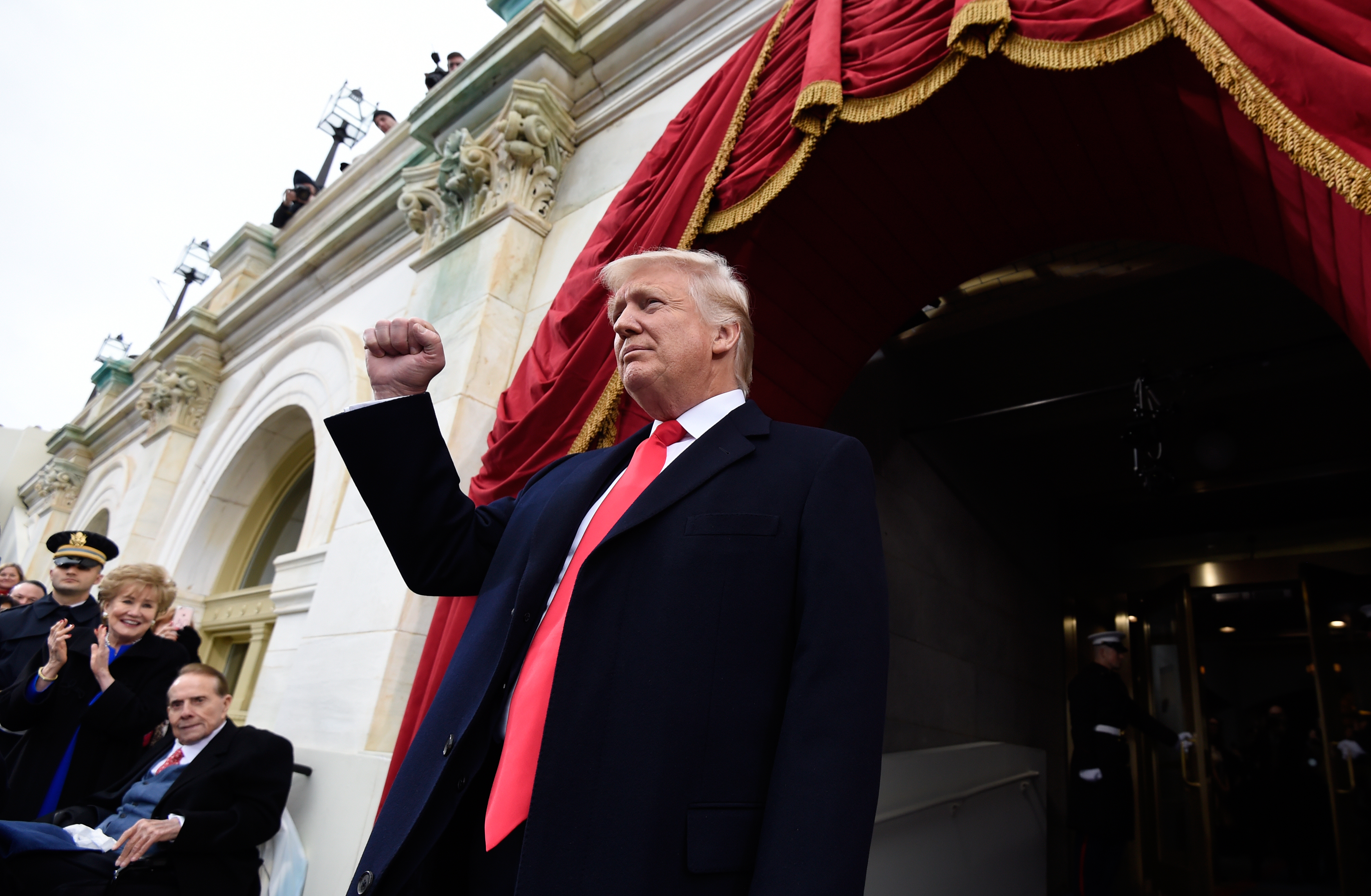 The new U.S. president echoed his campaign rhetoric by presenting a dark picture of “American carnage” and decay at his inauguration. Ending overseas assistance to focus on growth at home is his remedy. But he also needs to boost exports, which requires other countries’ help.

U.S. President-elect Donald Trump arrives for his Presidential Inauguration at the US Capitol in Washington, D.C., U.S. January 20, 2017.

Donald Trump took the oath of office on Jan. 20 to become the 45th president of the United States of America. In his inauguration speech, Trump said he intends to put America first, asserting that the United States has for decades enriched the industries and armies of other countries while itself falling into "disrepair and decay."

He said every decision on trade, taxes and immigration will be made to benefit American workers, and that the country would "follow two simple rules: buy American and hire American."

He said: "We must protect our borders from the ravages of other countries making our products, stealing our companies, and destroying our jobs. Protection will lead to great prosperity and strength."