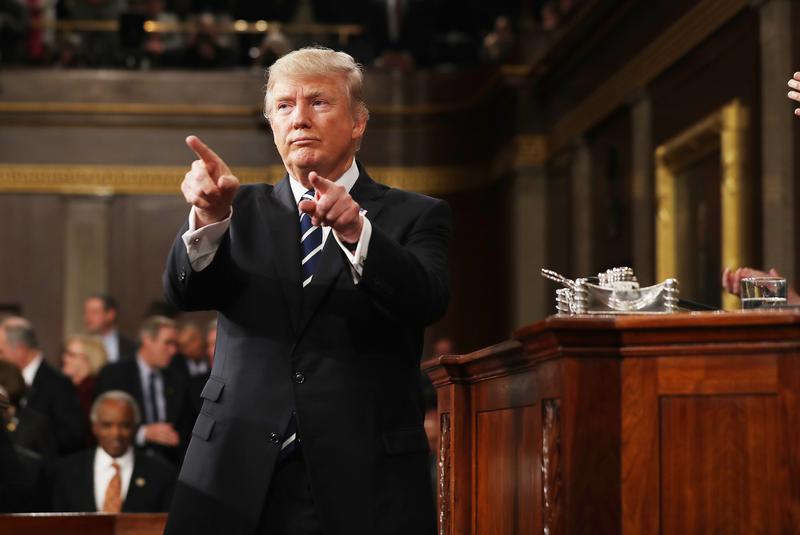 Speaking to Congress, the president repeated his criticism of foreigners after telling journalists earlier he’s open to legal status for illegal immigrants. There also were scant details on tax and healthcare reforms. A still-hazy message bodes poorly for the economic agenda.

U.S. President Donald Trump reacts after delivering his first address to a joint session of Congress from the floor of the House of Representatives iin Washington, U.S., February 28, 2017. REUTERS/Jim Lo Scalzo/Pool - RTS10VWF

U.S. President Donald Trump called for reforming the tax code, increasing infrastructure spending and repealing Obamacare in his first address to Congress on Feb. 28. He also repeated a pledge to build a wall along the Mexican border and called for a “merit-based” immigration system.

The president took credit for the stock market rally since his November election and said he was fulfilling his campaign promises by signing executive orders to reduce regulations and increased vetting of foreign visitors.

Trump also sought to bring the country together. “We just need the courage to share the dreams that fill our hearts,” he said. “The bravery to express the hopes that stir our souls. And the confidence to turn those hopes and dreams to action.”