You say TPP, I say CPTPP 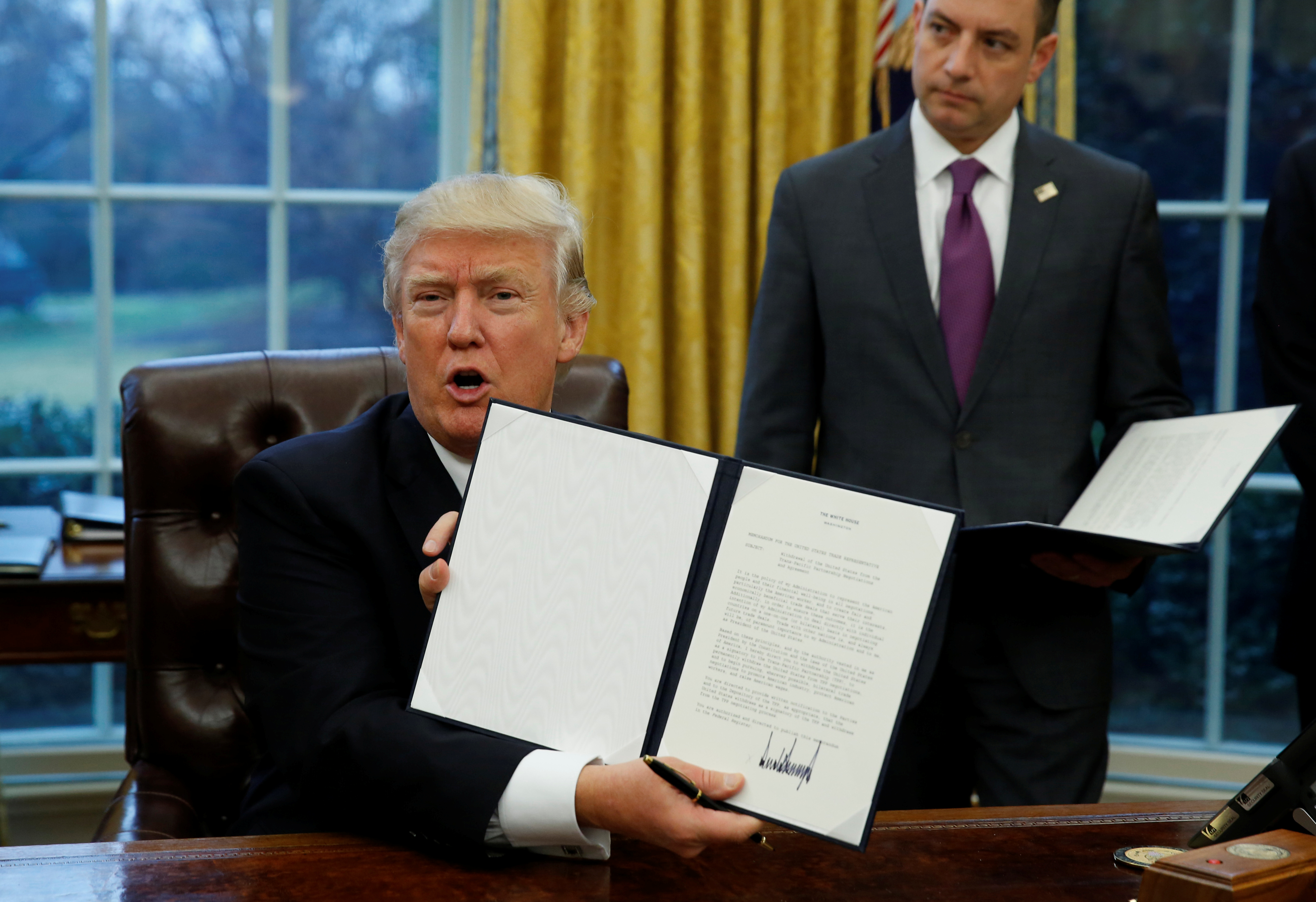 The U.S. president is thinking of rejoining the TPP – an 11-member group set up in part as a bulwark against Trump’s trading bugbear, China. Sharing should make that easier, while also appeasing American farmers. The question is whether Trump can compromise for long – or at all.

U.S. President Donald Trump holds up the executive order on withdrawal from the Trans Pacific Partnership after signing it as White House Chief of Staff Reince Priebus stands at his side in the Oval Office of the White House in Washington January 23, 2017.

U.S. President Donald Trump said on April 12 that the United States would only join the Trans-Pacific Partnership, a multinational trade deal his administration walked away from in 2017, if it offered “substantially better” terms than those provided under previous negotiations.

Trump’s comments, made on Twitter, came hours after he had unexpectedly indicated the United States might rejoin the pact. The president had told Republican senators earlier in the day that he had asked United States Trade Representative Robert Lighthizer and White House economic adviser Larry Kudlow to re-open negotiations.

The TPP, which now comprises 11 nations, was designed to cut trade barriers and to counter China’s rising economic and diplomatic clout.

The president, who has said America's trade deficit with China is the result of unfair terms and has taken various steps toward imposing import tariffs, is struggling to get support from other countries for his recent threat of import levies on Chinese goods. Meanwhile, the U.S. farm lobby is arguing that retaliation by China would hit agricultural exports.