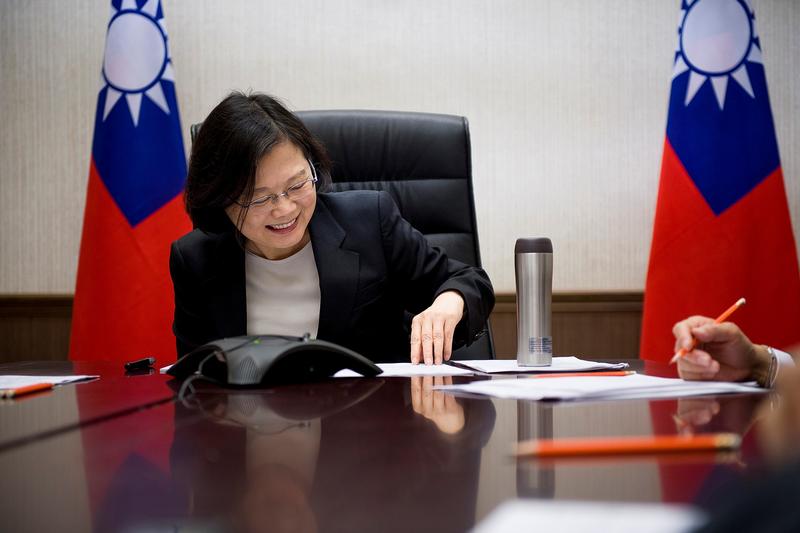 Taiwan's President Tsai Ing-wen speaks on the phone with U.S. president-elect Donald Trump at her office in Taipei, Taiwan, in this handout photo made available December 3, 2016. Taiwan Presidential Office/Handout via REUTERS ATTENTION EDITORS - THIS IMAGE WAS PROVIDED BY A THIRD PARTY. EDITORIAL USE ONLY. NO RESALES. NO ARCHIVE. TAIWAN OUT. - RTSUFLP

China lodged a diplomatic protest on Dec. 3 after U.S. President-elect Donald Trump spoke by phone with President Tsai Ing-wen of Taiwan, the first such high-level contact between an American president or president-elect and the Taiwanese leadership since 1979.

China's foreign minister blamed the self-ruled island which Beijing claims as its own for the "petty" move. Chinese state media played down the call, attributing it to the foreign policy inexperience of the Trump transition team.

"This is just the Taiwan side engaging in a petty action, and cannot change the 'one China' structure already formed by the international community," said Chinese Foreign Minister Wang Yi at an academic forum in Beijing.

"Interesting how the U.S. sells Taiwan billions of dollars of military equipment but I should not accept a congratulatory call," Donald Trump tweeted after criticism about the call began to circulate. "Did China ask us if it was OK to devalue their currency (making it hard for our companies to compete), heavily tax our products going into.. their country (the U.S. doesn't tax them) or to build a massive military complex in the middle of the South China Sea? I don't think so!" he later tweeted.

Trump also tweeted he would impose a tax of 35 percent on imported products made overseas by U.S. companies.