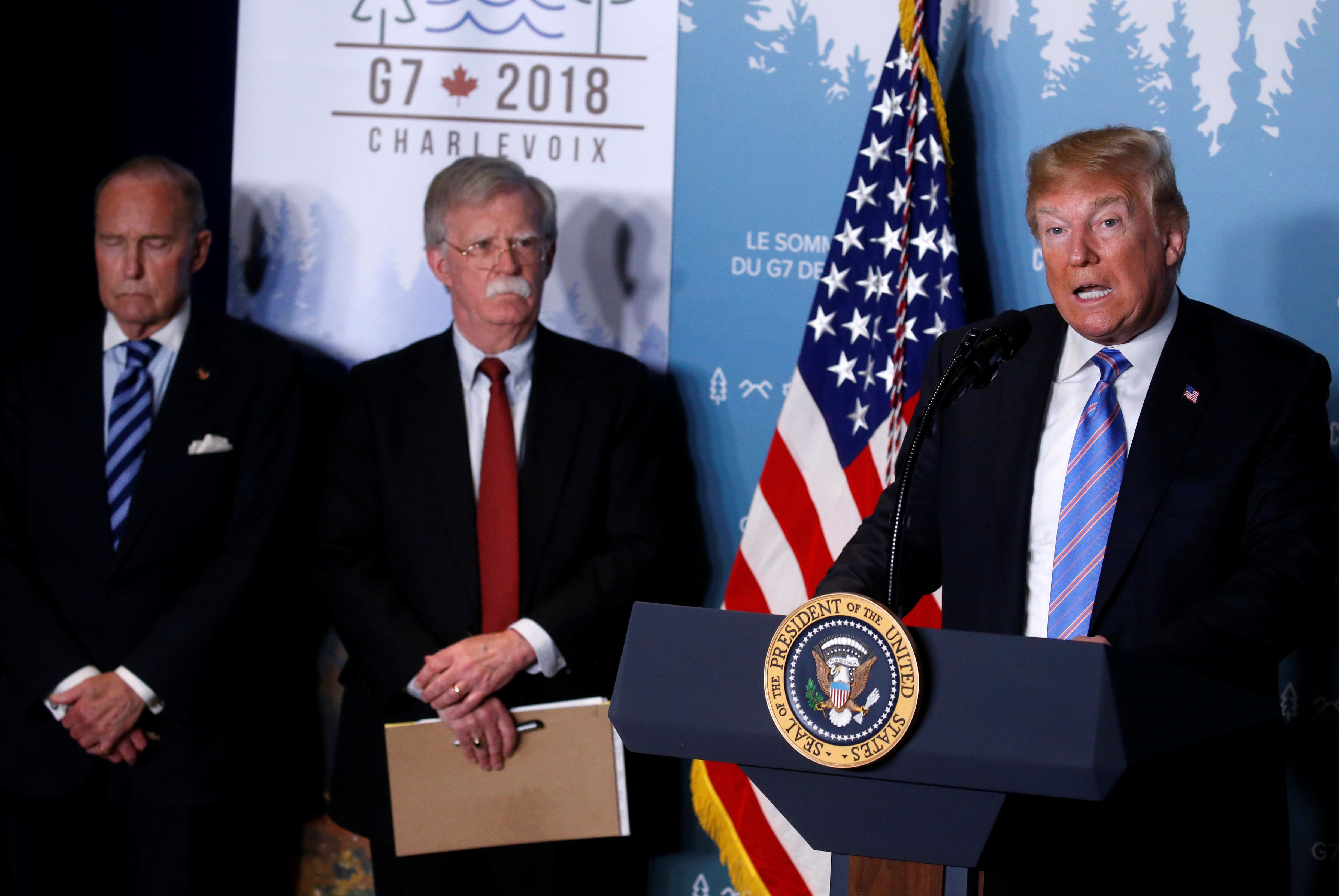 A fragile G7 detente imploded over his steel tariffs and an adviser’s dig that there’s a “special place in hell” for Canada’s Trudeau. Because retaliation pushes up costs, the levies hurt U.S. firms more than they help. It’s rivals like Chinese ag firm COFCO that will profit.

U.S. President Donald Trump tweeted on June 11 that “Fair trade is now to be called fool trade if it is not reciprocal.” He made his comments after he ordered the United States to pull out of a previously agreed G7 trade communique because of what he called “false statements” made by Canadian Prime Minister Justin Trudeau.

After Trump left the gathering of G7 countries on June 9, Trudeau said Canada would impose retaliatory levies against the United States, which enacted steel and aluminum import tariffs on May 31. Trump trade adviser Peter Navarro told Fox News on June 10 that “there's a special place in hell” for Trudeau and accused the Canadian leader of stabbing Trump in the back.

Canada, the EU and Mexico have said they will impose retaliatory tariffs on U.S. products such as bourbon, pork, cheese and Harley-Davidson motorcycles, in addition to U.S. steel and aluminum. China outlined counter-tariffs against the United States in April.