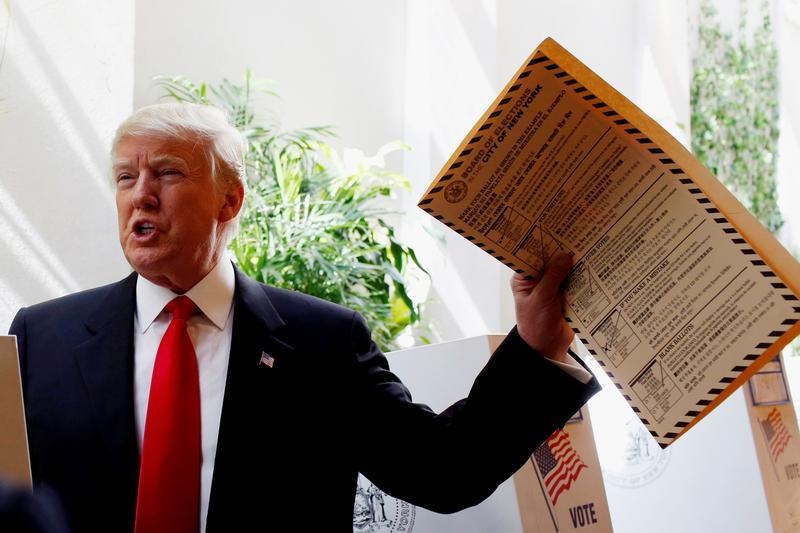 The White House hopeful had a kumbaya moment with GOP leaders. He has also dialed back some of his ideas on taxes, entitlements and U.S. debt. Broadening his appeal is key to wooing party elders, donors and voters. The biggest obstacle to the balancing act is Trump himself.

Presumptive Republican presidential nominee Donald Trump on May 12 met with congressional party leaders, including House of Representatives Speaker Paul Ryan. It’s tradition for the nominee to meet with senior lawmakers but the gathering was also aimed at unifying the party after Ryan said on May 5 that he wasn’t ready to endorse Trump. After the meeting, the two issued a joint statement saying they were honest with each other about “our few differences” but recognized there are “many important areas of common ground.”

Separately, Steven Mnuchin, the hedge-fund manager and former Goldman Sachs partner who is running the finances for Trump’s campaign, is in Las Vegas this week to court hedge-fund managers at the SALT conference for donations. Trump has largely self-funded his campaign so far but will not do so for the general election.

Economist and CNBC commentator Larry Kudlow and Steve Moore of the Heritage Foundation have offered revisions to Trump’s tax plan, at the campaign’s request. Their plan reduces the individual income-tax cuts in Trump’s plan so that the lowest rate is 15 percent instead of 10 percent, and the highest rate is 28 percent versus 25 percent. They also limit tax-free income to $10,000 for individuals and $25,000 for couples. Trump’s original pitch was for $25,000 and $50,000, respectively.

The campaign has not formally adopted the Kudlow-Moore proposal, which would reduce the additional drag on the deficit from $1 trillion a year to $380 billion a year, according to the Tax Foundation.