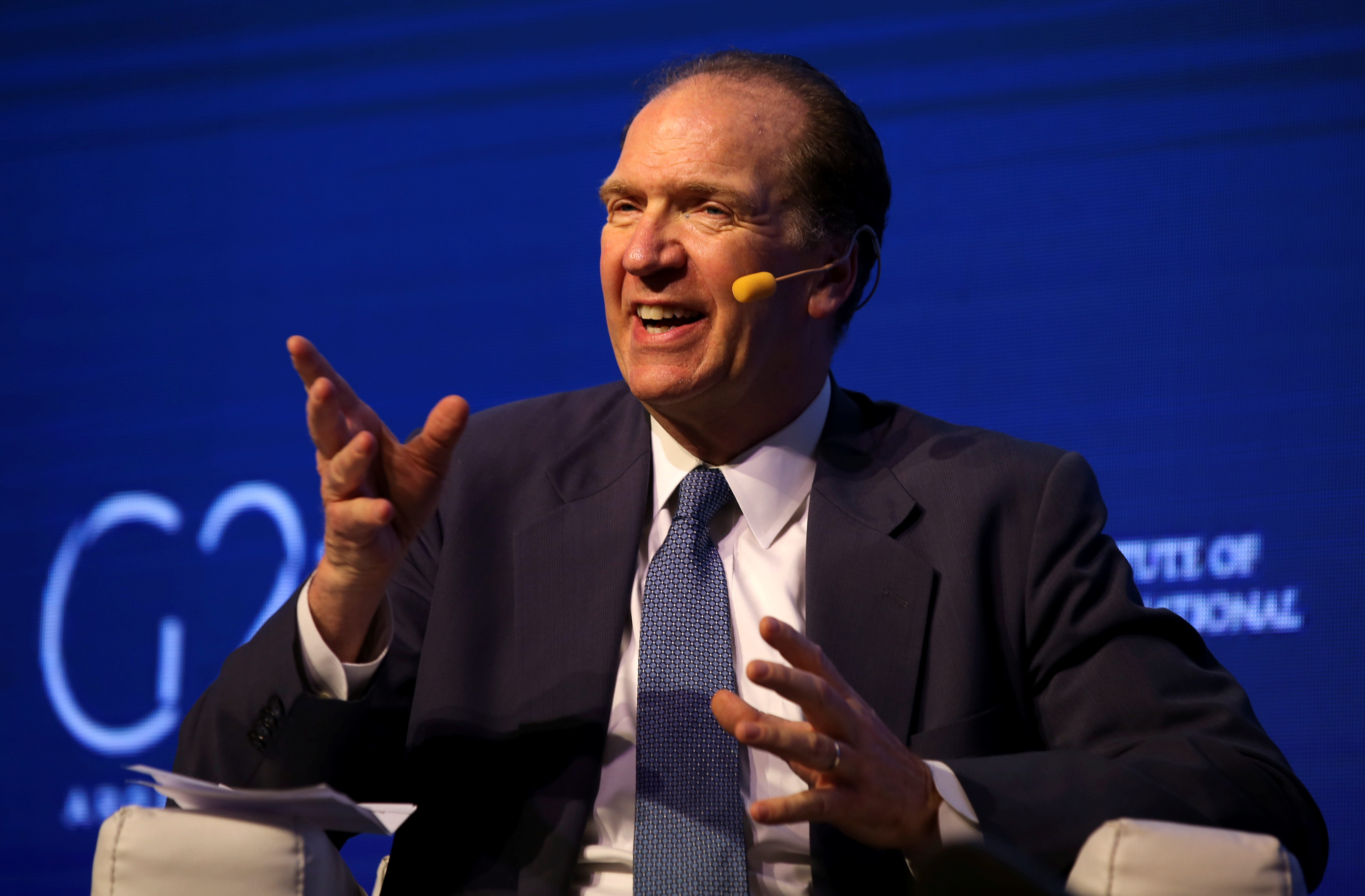 The U.S. president is set to nominate David Malpass to lead the global lender. He’s skeptical of multilateralism and of closer ties to China. A challenger for the job – usually America’s choice – hasn’t yet emerged. Some World Bank priorities, like climate change, could fade.

David Malpass, Under Secretary for International Affairs at the U.S. Department of the Treasury, gestures during the 2018 G20 Conference entitled "The G20 Agenda Under the Argentine Presidency", in Buenos Aires, Argentina, March 18, 2018.

David Malpass, under secretary for international affairs at the U.S. Treasury, is set to be named on Feb. 6 as the U.S. pick to lead the World Bank, according to news reports. He would replace Jim Yong Kim, who stepped down on Feb. 1. In 2016, Kim was appointed to a second term that was scheduled to last through 2022, but he announced his resignation in early January. The World Bank board has said nominations could be submitted between Feb. 7 and March 14.

In his Treasury role, Malpass is one of the main conduits to the World Bank and the International Monetary Fund. He has also been involved in trade talks with China. He served in the administrations of Presidents George H.W. Bush and Ronald Reagan, and was chief economist at Bear Stearns for six years.