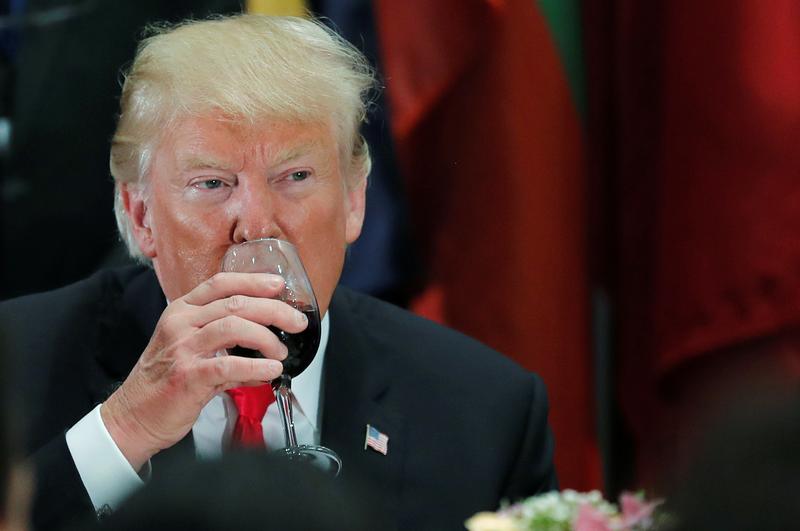 Washington slapped levies on $7.5 bln of European imports including Scottish whisky and French wine in return for aircraft subsidies. That’s weaker than feared: Less than 5% of Diageo’s sales are affected, Jefferies reckons. But trade tensions could prompt more trips to the bar.

U.S. President Donald Trump sips Diet Coke from his wine glass after a toast during a luncheon for world leaders at the 73rd session of the United Nations General Assembly in New York, U.S., September 25, 2018.

The United States said on Oct. 2 it would slap tariffs on European imports worth $7.5 billion including French wine, Scotch whisky, and cheese from across the continent.

Shares in Diageo, which makes Johnnie Walker scotch, were up 0.8 percent at 1400 GMT on Oct. 3. Shares in cognac maker Remy Cointreau, which was unaffected by the tariffs, rose 5.8%. Pernod Ricard shares were up 3.5%.