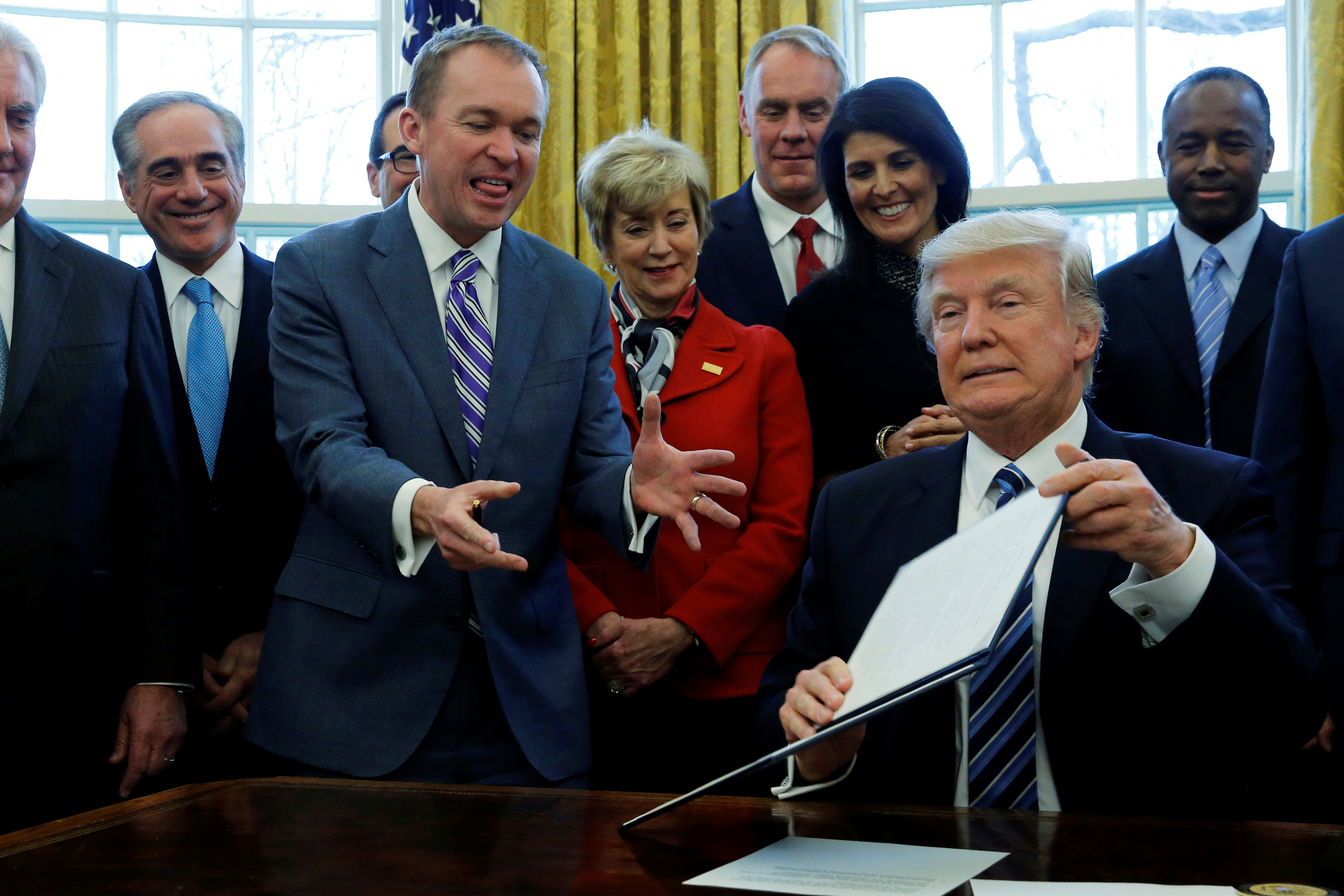 The U.S. president wants to slash money for healthcare research, job training and clean water in favor of beefing up an already well-funded defense. His $1.1 trln blueprint discounts too many dangerous economic threats. America can’t afford to forgo long-term investments.

U.S. Office of Management and Budget (OMB) Director Mick Mulvaney (L) reaches to receive an executive order entitled "Comprehensive Plan for Reorganizing the Executive Branch" from President Donald Trump, surrounded by members of his cabinet, after signing it in the Oval Office at the White House in Washington, U.S. March 13, 2017.

The White House on March 16 released its initial 2018 budget blueprint, which includes major cuts for multiple cabinet departments and the elimination of 19 other programs and agencies.

The Environmental Protection Agency would face the biggest decline, with a 31 percent reduction compared to its 2017 funding, which also would require shrinking its workforce by about 3,200 people. The State Department's budget would be cut nearly 29 percent, while those of the Agriculture and Labor Departments each would be cut by a proposed 21 percent cut.

The plan seeks to provide 10 percent more funding for the Defense Department and an extra 7 percent for the Department of Homeland Security.

“We must ensure that our courageous servicemen and women have the tools they need to deter war, and when called upon to fight, do only one thing: Win,” President Donald Trump said, calling his plan an “America First Budget."
- “In these dangerous times, this public safety and national security Budget Blueprint is a message to the world – a message of American strength, security, and resolve.”

The $1.1 trillion plan covers only discretionary spending for the 2018 fiscal year that starts on Oct. 1. A full budget that includes mandatory spending will be unveiled in May.