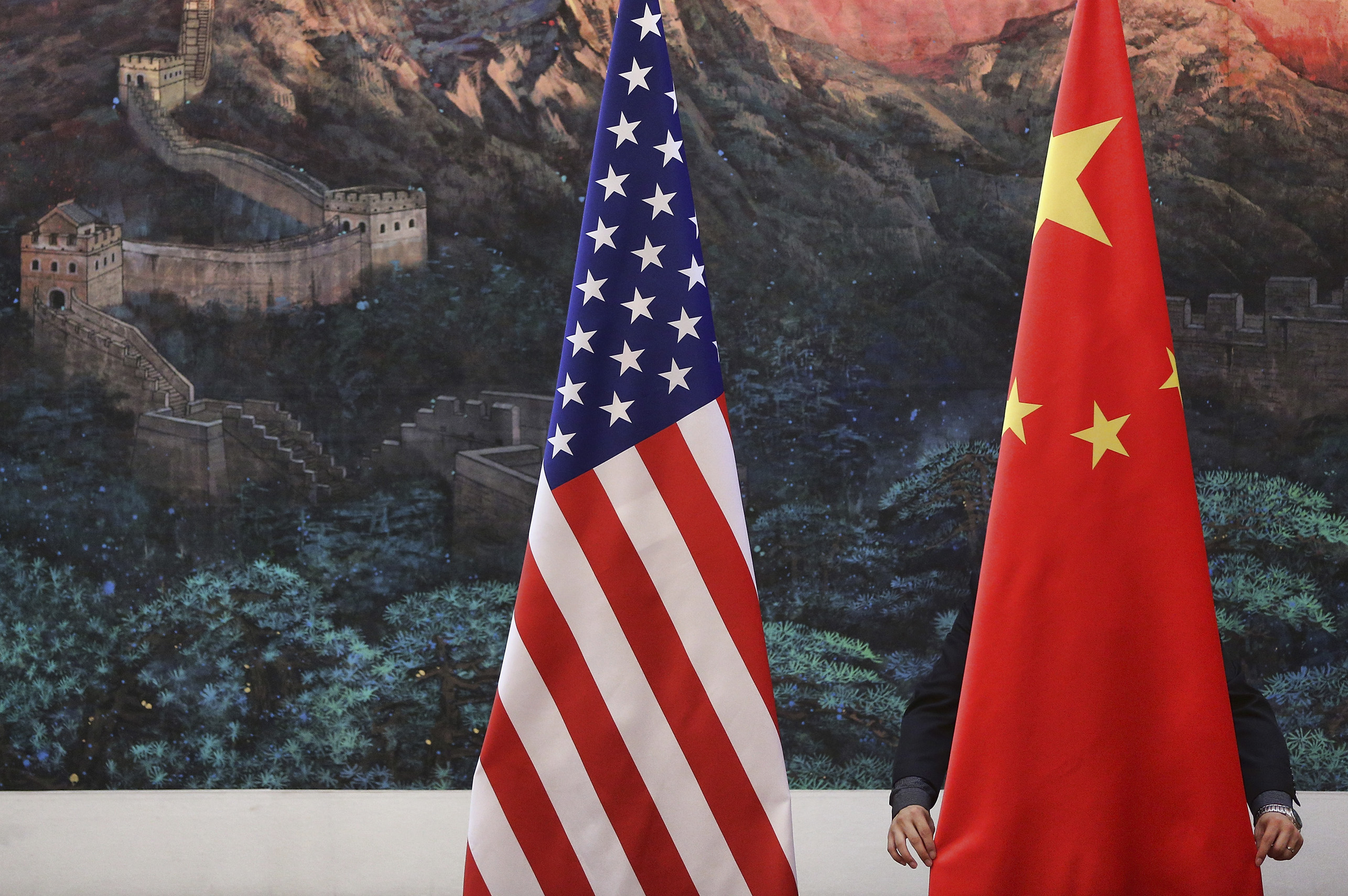 The U.S. president has backed away from reckless threats by reaffirming the “One China” policy. Fights over trade and currency issues are still in prospect. But the People’s Republic – and the world – can take some comfort from Trump’s belated embrace of conventional diplomacy.

A Chinese man adjusts a China flag before a news conference attended by Chinese Foreign Minister Yang Jiechi and U.S. Secretary of State Hillary Clinton at the Great Hall of the People in Beijing September 5, 2012.

U.S. President Donald Trump on Feb. 9 agreed to honour the "one China" policy during a phone call with China's leader Xi Jinping. A White House statement said Trump and Chinese President Xi had a lengthy conversation on Thursday night, Washington time. "President Trump agreed, at the request of President Xi, to honor our 'one China' policy," the statement said.

The U.S. and Chinese leaders had not spoken by telephone since Trump took office on Jan. 20. Diplomatic sources in Beijing say China had been nervous about Xi being left humiliated in the event a call with Trump went wrong and details were leaked to the media.

In a separate statement carried by China's Foreign Ministry, Xi said China appreciated Trump's upholding of the "one China" policy.

"I believe that the United States and China are cooperative partners, and through joint efforts we can push bilateral relations to a historic new high," the statement quoted Xi as saying.