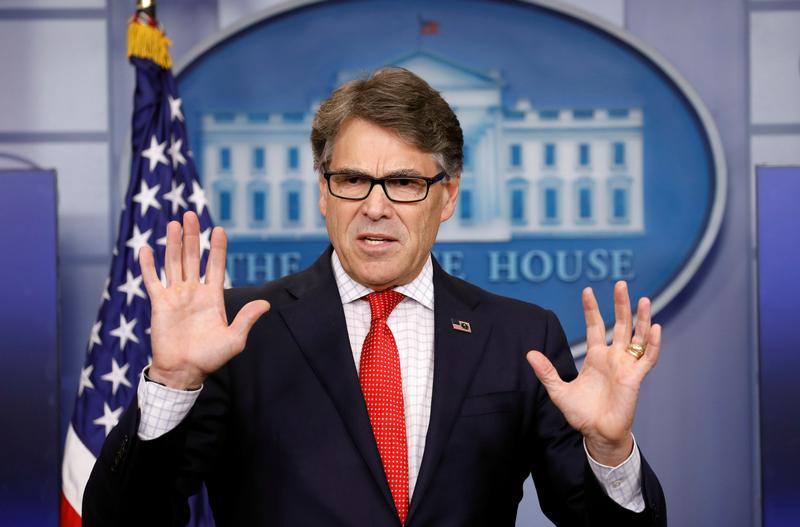 An administration plan to subsidize solid fuels has stirred a backlash from industry, which fears distorted power prices. Meanwhile U.S. carbon emissions from coal fell at a record pace in 2015. Environmental and economic forces conspire against the president’s campaign pledge.

The U.S. Energy Information Administration said on Nov. 13 that the country’s carbon-dioxide emissions from burning coal fell by a record amount in 2015, led by declines in Texas, Indiana, Ohio, Illinois and Pennsylvania.

On the same day, the Global Carbon Project said worldwide emissions from fossil fuels are on track to grow by 2 percent this year, primarily driven by China. The United States and Europe, the No. 2 and 3 carbon emitters, are continuing their decade-long decline in 2017 but at a reduced pace, the report said.

Secretary of Energy Rick Perry on Sept. 28 proposed changes to rules governing the U.S. electrical grid that would subsidize electricity providers capable of holding a 90-day fuel supply, effectively favoring nuclear and coal plants over natural-gas or renewable-energy sources. Several grid operators and oil and gas industry groups have urged the Federal Energy Regulatory Commission to reject the plan. The commission is due to take a decision on the proposal by Dec. 11.

FERC Chairman Neil Chatterjee told E&E News that the commission could take a few different paths which could include adopting the proposal, rejecting it or commencing a new round of study and public engagement.

"The key there is whatever action we take, I want to be absolutely certain that it will withstand legal scrutiny, and that takes time," he said in an article published Nov. 14.