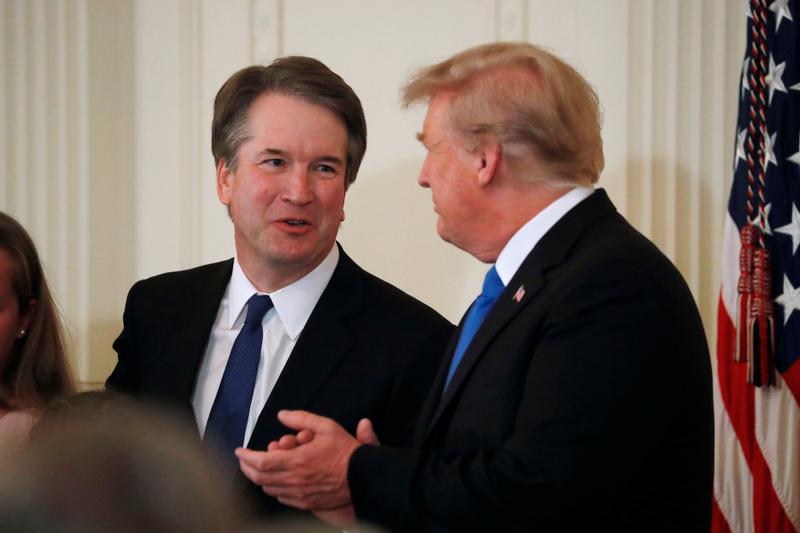 Brett Kavanaugh, the president’s Supreme Court nominee, has ruled against the consumer protection agency and net neutrality. His staunch conservatism ensures Democratic resistance. But if Republican numbers prevail, he can tilt the judicial balance to the right for a generation.

U.S. President Donald Trump applauds next to his nominee for the U.S. Supreme Court Judge Brett Kavanaugh in the East Room of the White House in Washington, U.S., July 9, 2018. REUTERS/Jim Bourg - RC1C752300A0

Kavanaugh needs approval by a simple majority of U.S. senators in the 100-member chamber. Republicans control 51 seats, but Senator John McCain, who is undergoing treatment for brain cancer, has been absent.