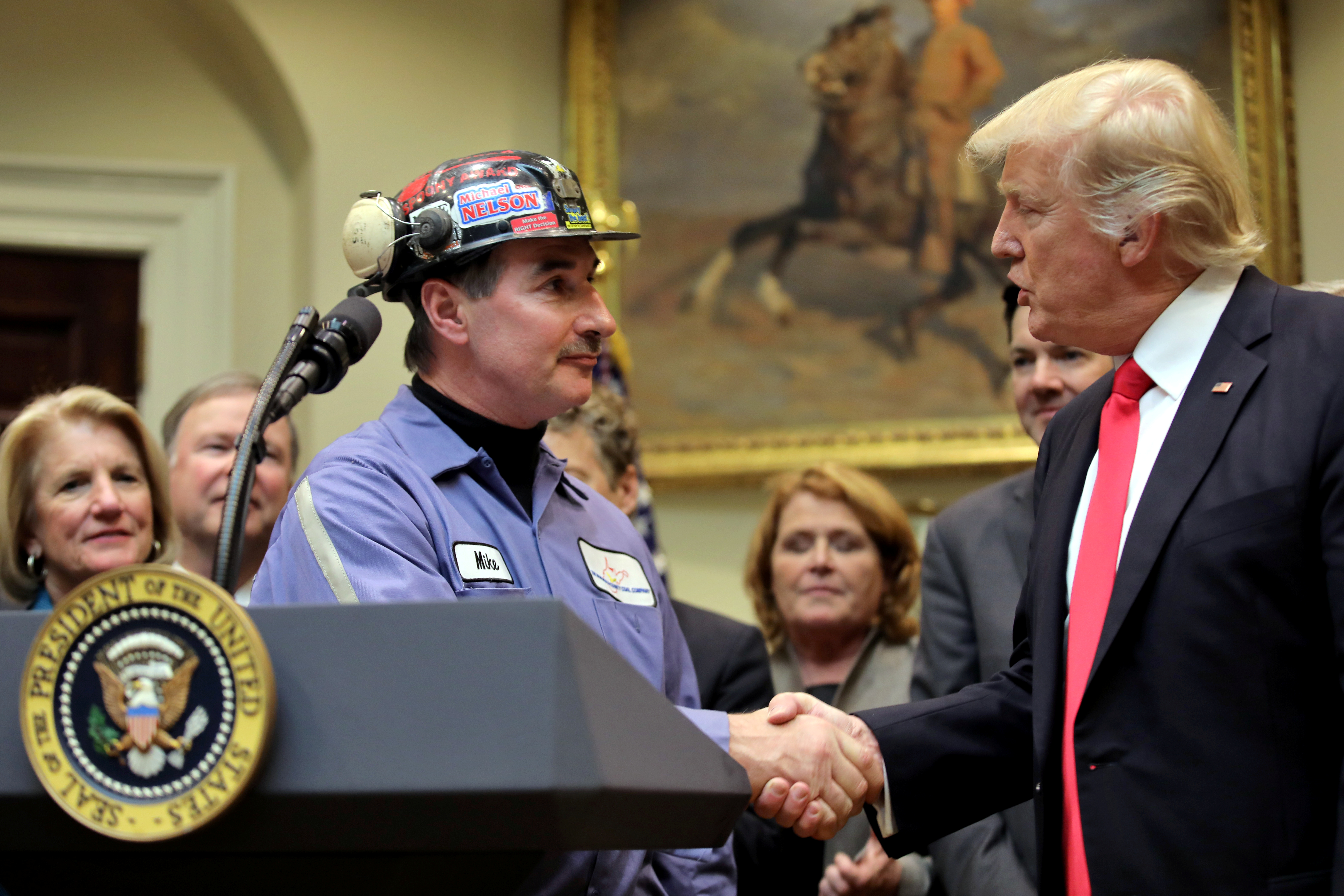 A U.S. government report properly identifies cheap natural gas for making the solid carbon uneconomic and undermining grid reliability. Some suggested remedies make sense, but others seem designed more to appease a president pledging to save coal jobs than to address the problem.

Michael Nelson, a coal miner worker shakes hands with U.S. President Donald Trump as he prepares to sign Resolution 38, which nullfies the "stream protection rule", at the White House in Washington, U.S., February 16, 2017.

The U.S. Department of Energy released a study on Aug. 23 that examined challenges to the nation’s ability to generate electricity. The study, commissioned by Energy Secretary Rick Perry in April, said flat demand growth, policy interventions and an economic shift favorable to natural gas have resulted in low energy prices. These market changes have helped buyers of electricity, the report said, but are posing challenges to the long-term viability of the grid.

The paper also said that the “advantaged economics of natural gas-fired generation” have been the biggest contributor to coal and nuclear-plant retirements.

“It is apparent that in today’s competitive markets certain regulations and subsidies are having a large impact on the functioning of markets, and thereby challenging our power generation mix,” Perry said in his cover letter to the study. “It is important for policy makers to consider their intended and unintended effects.”