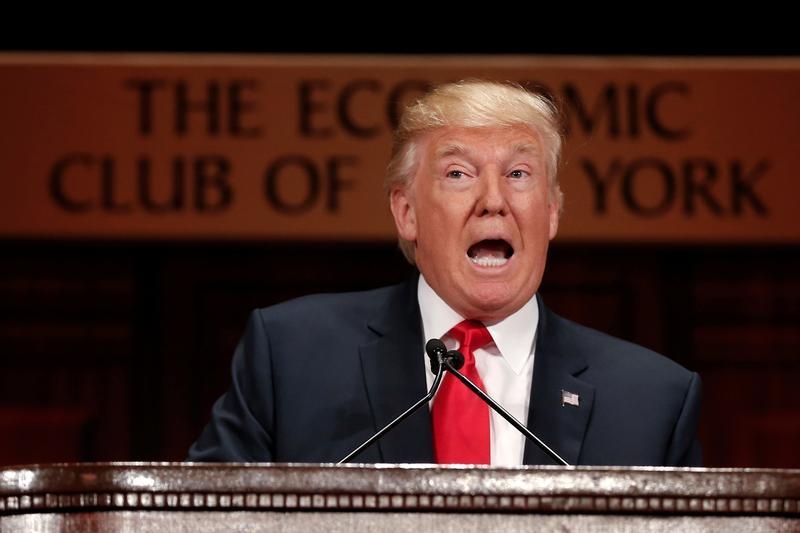 Donald Trump’s new economic plan is built on typical hyperbole. The Republican White House nominee on Thursday said his proposals to cut taxes and red tape would boost annual U.S. GDP growth to 3.5 percent and create 25 million jobs over a decade. But there are a lot of big ifs.

In a speech at the Economic Club of New York, Trump recalled the decades after World War Two, when output growth averaged at least 3.5 percent a year. But aside from other differences, that period encompassed a surge in population with the baby boomers, who are now retiring, and robust growth abroad. Economists reckon growth could do better than the most recently reported 1.1 percent pace, but few see anything approaching 4 percent as feasible.

Trump claims big reductions in personal income-tax rates and business tax, which he plans to cut to 15 percent from 35 percent, will help stimulate growth. But it’s not clear how the tax savings could be deployed to supercharge the economy to the extent he is expecting. Despite high levels of corporate profit, business investment has fallen in the last three quarters, according to the Bureau of Economic Analysis.

He also reckons a rollback of emissions and other regulations, reducing the cost of using coal and other fossil fuels, will boost GDP, as will the reworking of trade deals. The overall calculus is that headline reductions in tax revenue totaling $4.4 trillion, presumably over the standard 10-year horizon, will fall to $2.6 trillion using what’s known as dynamic scoring, a method of incorporating the expected boost to growth.

More than half that would be recouped thanks to looser regulations and the touted “America First” trade benefits. The rest, $800 billion, Trump says can be saved with gradual cuts to spending in areas other than Social Security, Medicare and defense, though he hasn’t said where.

These figures, however, don’t take account of the potential costs of other policies, like deporting up to 11 million illegal immigrants and otherwise strengthening America’s borders. Trump’s separate proposals for defense would also cost more than at present – an additional $150 billion, according to the Committee for a Responsible Federal Budget.

Trump’s audience of financiers and corporate executives cheered his pitch in New York. But the huge potential cost of his plan only shrinks with assumptions that are characteristically heroic.

Republican presidential nominee Donald Trump provided additional details of his economic plan on Sept. 15 during a speech at the Economic Club of New York. He said his plan would create 25 million jobs over 10 years. In what he called a conservative estimate, his advisers projected his plan to cut business and individual income taxes would boost growth to 3.5 percent per year.

He reiterated his pledge to reduce the number of personal income-tax brackets to three from seven and cut the rates for all of them. Under his plan, a married couple earning $50,000 per year with two children and $8,000 in childcare expenses will save 35 percent from their current tax bill.

He also proposes to increase tax deductions, remove environmental regulations and reduce non-defense government spending by 1 percent of the previous year's budget each year. "My economic plan rejects the cynicism that says our labor force will keep declining, that our jobs will keep leaving, and that our economy can never grow as it did once before," Trump said. "Everything that is broken today can be fixed, and every failure can be turned into a great success."