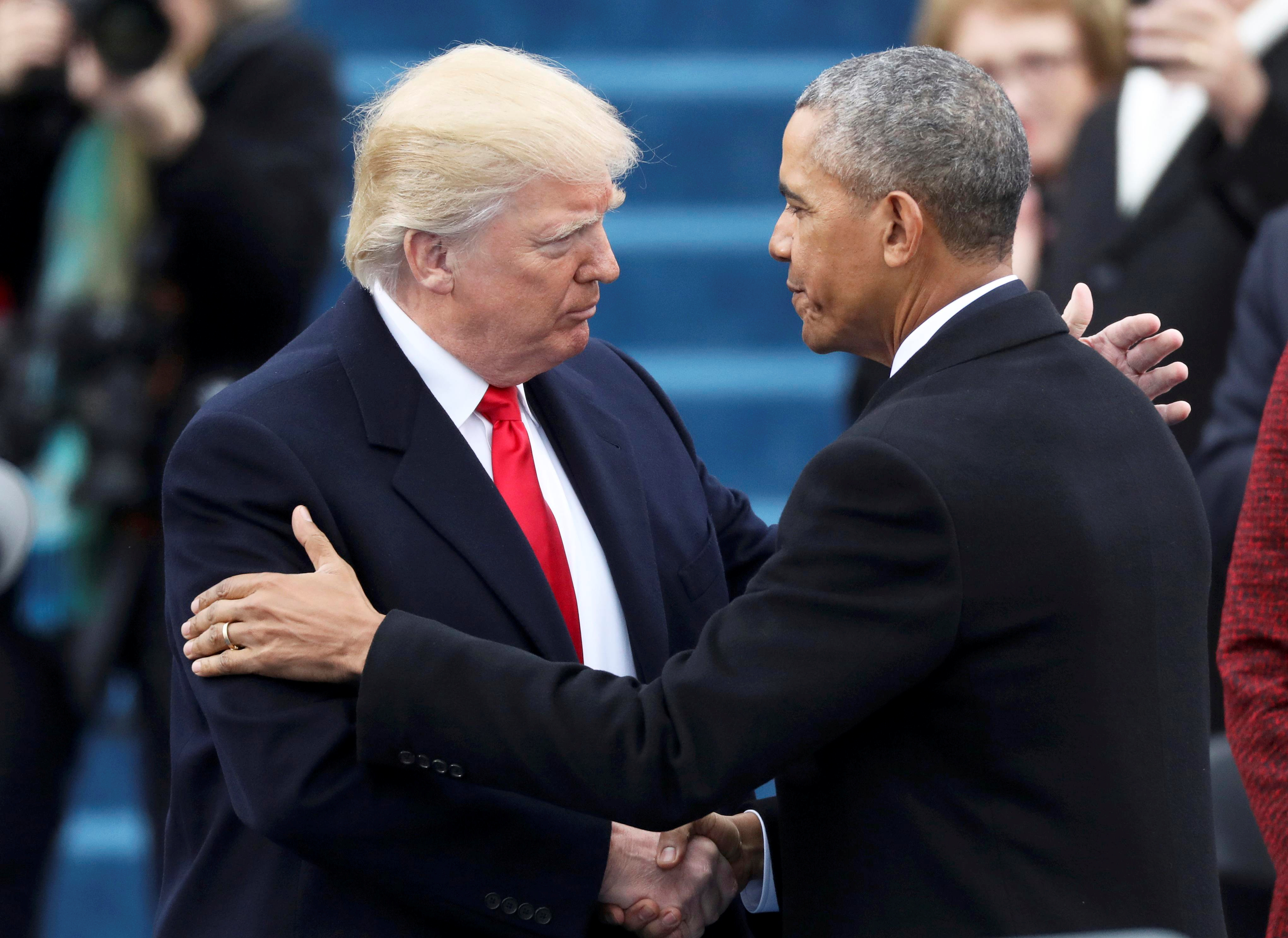 Consumers and Uncle Sam drove last quarter’s modest 2.1% GDP growth. But investment slumped, making a Fed rate reduction likely next week. The president wanted tax cuts to energize the economy. Instead he heads into election year with a tepid showing akin to his predecessor’s.

Former President Barack Obama (R) greets President Donald Trump at inauguration ceremonies swearing in Trump as the 45th president of the United States on the West front of the U.S. Capitol in Washington, U.S., January 20, 2017.

U.S. real gross domestic product increased at an annual rate of 2.1% in the second quarter, according to an advance estimate from the Commerce Department’s Bureau of Economic Analysis on July 26.

The expansion was led by consumer spending, which rose at a 4.3% pace, and federal government spending, which increased at a 7.9% clip. Gross private domestic investment fell at a 4.5% rate, compared with growth of 6.2% in the previous quarter.

The price index for personal-income expenditures excluding food and energy, the main inflation measure tracked by the U.S. Federal Reserve, rose 1.8% in the second quarter compared with a rise of 1.1% in the preceding quarter, and was up 1.5% from the same period a year earlier.