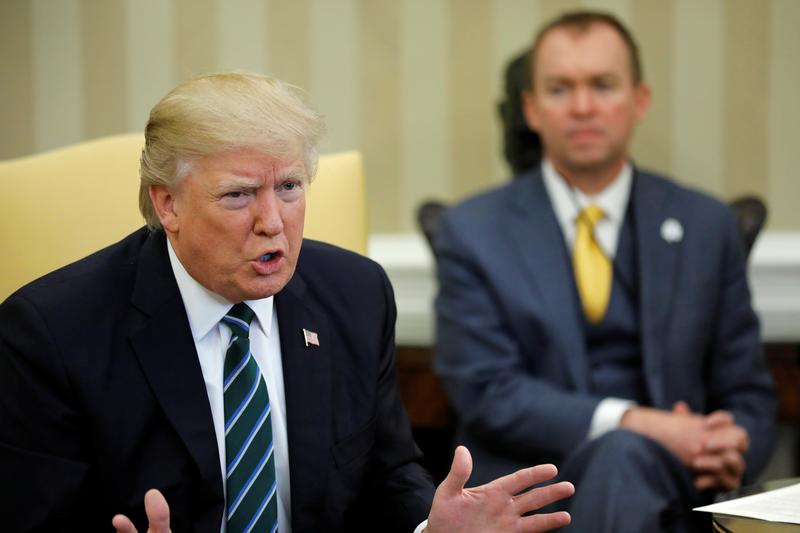 Paid parental leave and caps on repaying student loans sound appealing. But the rest of the president’s budget plan to cut $3.6 trln relies on pie-in-the-sky assumptions about employment rates and reforming Obamacare and welfare. It’s a non-starter even for a Republican Congress.

The Trump administration has released its proposed 2018 budget, which it is calling “The new foundation for American greatness.” It proposes $3.6 trillion of cuts over 10 years, which Office of Management and Budget Director Mick Mulvaney characterized as “the most proposed by any president in a budget.” The aim is to balance the budget within 10 years and reduced the deficit as a percentage of GDP in the first year. It assumes annual GDP growth of 3 percent, starting in 2021, and that the “economic feedback” from the plan will add $2.4 trillion to the economy.

Spending proposals include: boosting military spending by 10 percent, as had already been announced, at a cost of $714 billion and $19 billion to cover paying parental leave for the first six weeks after a child is born or adopted.