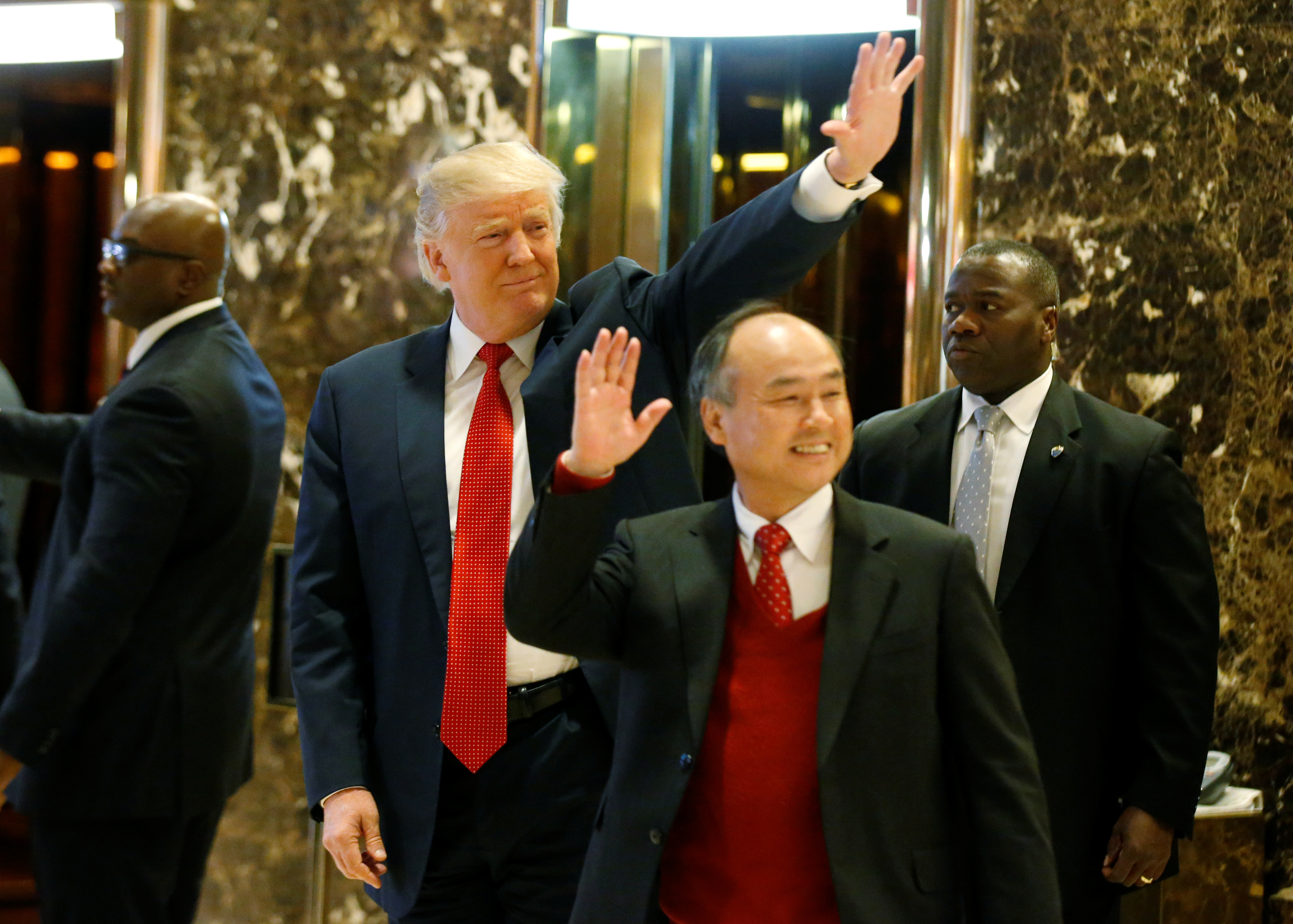 Some 8,000 new roles at Sprint and OneWeb touted by the U.S. president-elect already were planned, part of a bigger pledge by investor SoftBank. Economic activity is creating 180,000 positions monthly. To keep that going much longer will require more than Trump’s double-talk.

SoftBank holds stakes in both companies and its chief, billionaire Masayoshi Son, earlier in December said he would invest $50 billion in the United States and create 50,000 jobs.

"We are excited to work with President-elect Trump and his administration to do our part to drive economic growth and create jobs in the United States," Sprint Chief Executive Marcelo Claure said in a statement.

Sprint has around 30,000 employees, but none are based outside the United States, according to the Wall Street Journal. The 5,000 new workers will be a mix of Sprint employees and those hired by third-party vendors, the newspaper reported, citing a company spokesman.

SoftBank unveiled a $1.2 billion investment in OneWeb on Dec. 19 and the companies said at the time that OneWeb expected to create 3,000 U.S. jobs over the coming four years.