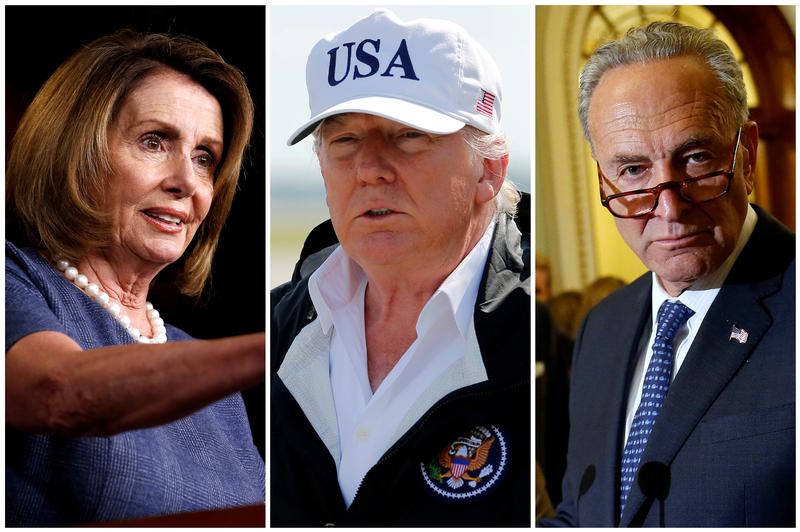 The U.S. president touted his common ground with congressional minority leaders Chuck Schumer and Nancy Pelosi when it comes to Beijing. They talk tougher on currency manipulation and trade than some in the White House. Their chumminess could put more economic pressure on China.

U.S. President Donald Trump has met several times with Senate Democratic Minority Leader Chuck Schumer and his counterpart in the House of Representatives, Nancy Pelosi, in recent weeks. During at least one of the discussions, Trump said he agrees with them on the need to take a tougher stance with China when it comes to currency manipulation and trade, according to people familiar with the matter. Schumer has proposed legislation that would punish countries like China, requiring the Commerce Department to investigate allegations of manipulation and imposing related import duties.

Separately, Commerce Secretary Wilbur Ross met with Chinese Premier Li Keqiang, Vice Premier Wang Yang and other leaders during a two-day visit that ended Sept. 25. He was laying the groundwork for a visit by Trump to China in November.