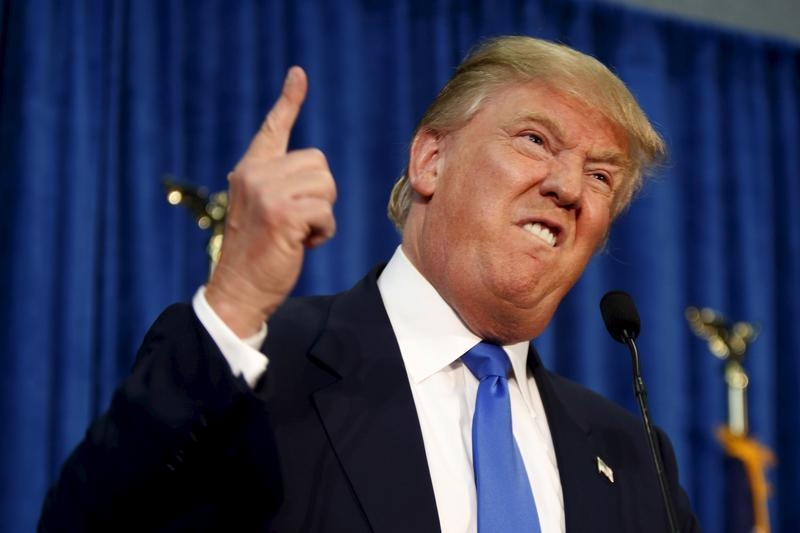 U.S. presidential contender Donald Trump has a new strategy: He’s labeling Democrat Hillary Clinton a Republican. In a speech Tuesday, the real-estate mogul who won the Republican primaries blasted trade deals with Mexico and Japan and accused the former secretary of state of supporting pacts that hurt American workers. That puts Clinton more in line with the GOP. It’s an attempt to woo voters on the other side of the fence who still back Democratic Senator Bernie Sanders of Vermont.

Trump has been trying to appeal to what he calls the shrinking middle class by criticizing globalization. He wants to scrap the Trans-Pacific Partnership involving 12 Pacific Rim countries. That’s the same position held by Sanders, who said he would do all he can to ensure Trump loses but has not dropped out of the Democratic race. Trump also wants to renegotiate the North American Free Trade Agreement, which was pushed under Bill Clinton’s administration.

The strategy could resonate with voters in key swing states like Ohio and Pennsylvania. Those regions have been hurt more by the 5 million manufacturing jobs that have been lost in the United States over the last 15 years. Unemployment rates are higher than the national figure of 4.7 percent, with Ohio at 5.1 percent and Pennsylvania at 5.5 percent. Trump gave his speech in the rust belt of Pennsylvania, citing the loss of steel jobs in nearby Pittsburgh to China.

Clinton has been more supportive of trade. Besides backing NAFTA, she also supported TPP until Sanders made it an issue in the Democratic primaries. Other liberals like Massachusetts Senator Elizabeth Warren reject the deal, which is supported by most Republican lawmakers and President Barack Obama. Trump threw Sanders’s words back at Clinton, quoting him as saying she has voted “for virtually every trade agreement that has cost the workers of this country millions of jobs.”

Trump’s trade stance puts him at odds with a central tenet of the Republican establishment. Indeed, the U.S. Chamber of Commerce – a pro-business organization that almost always backs the GOP – publicly rebuked his position on Tuesday. That follows moves by prominent Republicans like former Treasury Secretary Hank Paulson to publicly back Clinton. The pressure by Sanders has already forced Clinton to backtrack on her support of TPP. Trump is simply carrying the baton in Democratic fashion.

Presumptive Republican presidential nominee Donald Trump said on June 28 he would scrap or renegotiate various trade deals if he wins the White House. He also echoed the words of Democratic Senator Bernie Sanders of Vermont, who has not yet dropped out of the presidential race. Sanders has said his rival, former Secretary of State Hillary Clinton, has voted "for virtually every trade agreement that has cost the workers of this country millions of jobs."

Trump said those who rigged the system are supporting Clinton because she will maintain the status quo. He also criticized the North American Free Trade Agreement, which was negotiated under Bill Clinton's administration. Trump said if he became president, he would pull out of the Trans-Pacific Partnership, a trade agreement with 12 Pacific Rim countries that is being considered by Congress for ratification.

The U.S. Chamber of Commerce publicly criticized Trump's trade stance on Twitter and in a blog post titled "The 2013 Trump Was a Lot Better on Trade Than the 2016 Version."