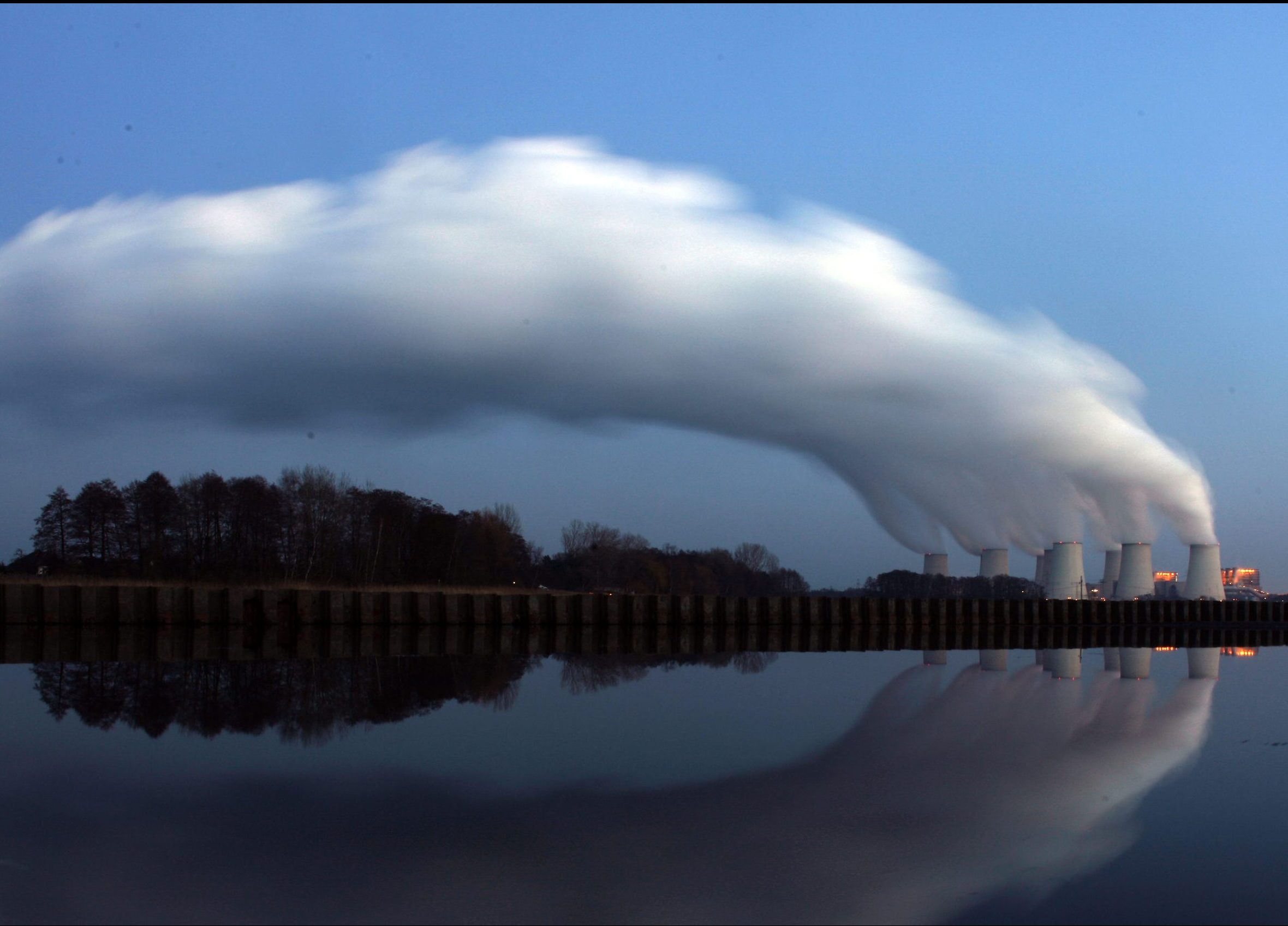 Even if the president pulls the U.S. out of the 2015 agreement, the impact should be limited. Cities, states, companies, investors and other countries will keep the anti-climate-warming momentum going. The bigger hit will be to America’s soft power and, potentially, its economy.

Steam billowing from the cooling towers of Vattenfall's Jaenschwalde brown coal power station is reflected in the water of a lake near Cottbus, eastern Germany December 2, 2009.

Leaders from the world's major industrialized countries began talks on May 26 at a G7 summit in Sicily which is expected to expose deep divisions with U.S. President Donald Trump over trade and climate change.

Trump, who in the past dismissed human-made global warming as a "hoax," is threatening to pull the United States out of a climate deal clinched in Paris in 2015. The president has not yet made a final decision on whether the United States will remain a party to the Paris climate accord and will do so only after this week, U.S. Secretary of State Rex Tillerson said on May 24. The two-day G7 gathering ends on May 27.

Fidelity Investments has changed its proxy voting guidelines to allow portfolio managers to support shareholder proposals on sustainability, renewable energy and environmental impact issues, according to a Reuters exclusive on May 26. Previously Fidelity, which manages around $2.1 trillion in assets, tended to vote in step with what company management recommended.

Combating climate change could boost the world’s 20 largest economies by as much as 5 percent by 2050, according to an OECD report published on May 23. The report also said that investing $6.9 trillion a year in infrastructure around the globe – only about 10 percent more than is needed regardless of climate-related goals – would help keep global temperature increases this century less than 2 degrees Celsius from pre-industrial levels, the target of the Paris agreement. The outlays could be partly offset by $1.7 trillion of fuel savings, the OECD said.