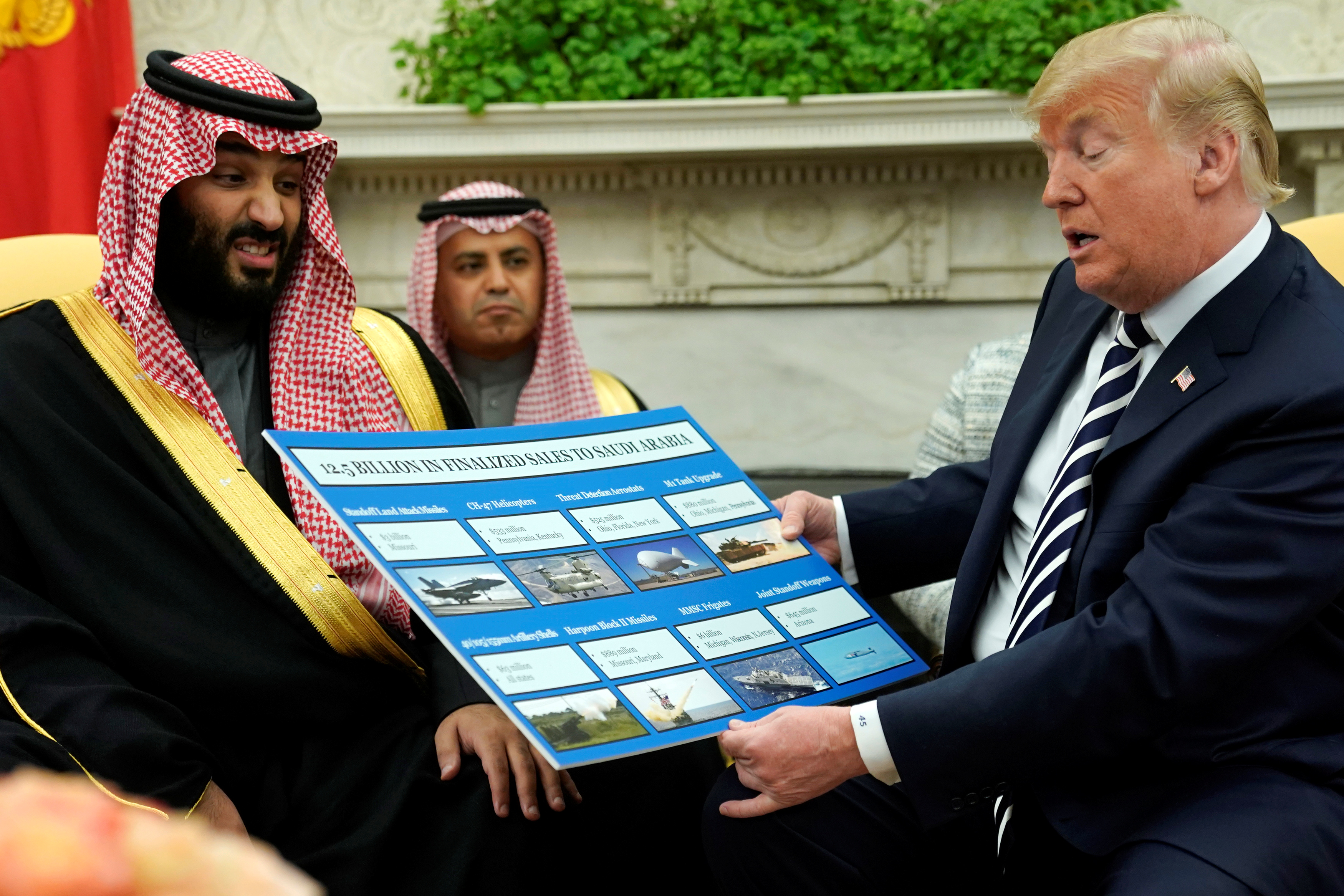 Support for Mohammed bin Salman after the murder of Jamal Khashoggi has skewered U.S. claims to moral leadership. Yet the U.S. president now has huge leverage to force Saudi’s crown prince to reverse course on Qatar, Yemen and other blunders. He would be a fool not to use it.

Nearly 85,000 children under five may have died from extreme hunger or disease since the war in Yemen escalated in 2015, Save the Children said on Nov. 20.

President Donald Trump on Nov. 20 vowed to remain a “steadfast partner” of Saudi Arabia despite saying that Saudi Crown Prince Mohammed bin Salman might have had knowledge of the plan to murder dissident journalist Jamal Khashoggi, who was killed in Turkey in October.

A conservative estimate for the cost of the Saudi war in Yemen is $50 billion a year, Brooking Institution senior fellow Bruce Riedel wrote in a piece published on Oct. 10.