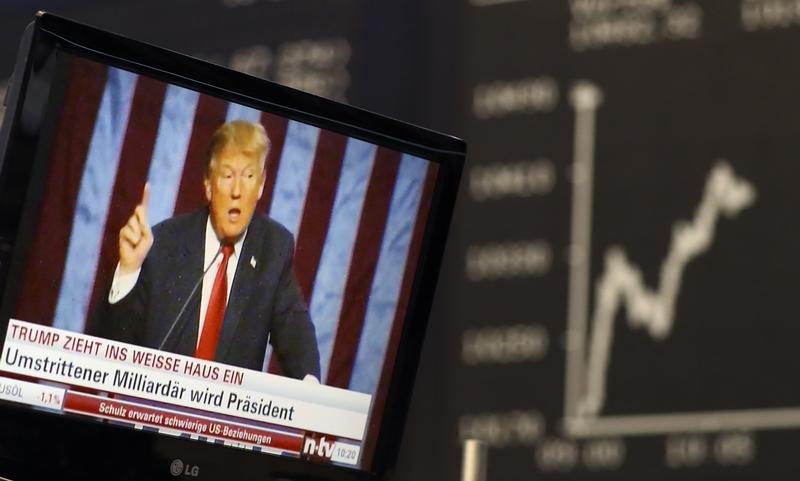 The S&P 500 is up 7 pct since the eve of his election, even after an early Monday dip. The hope is that Trump’s promises of cuts in taxes and red tape will unfold without a hitch, while those that would slow trade and immigration won’t happen. The weekend’s chaos shows otherwise.

A TV screen showing U.S. President-elect Donald Trump is pictured in front of the German share price index, DAX board, at the stock exchange in Frankfurt, Germany, November 9, 2016. REUTERS/Kai Pfaffenbach

Over the weekend, Trump's administration loosened a restriction on legal residents holding green cards returning to the United States from overseas travel after confusion, protests and worldwide outcry over a sweeping executive order on immigration signed by Trump on Jan. 27.

The order curtailing travel by citizens of seven predominantly Muslim countries was met with befuddlement at airports as customs and immigration agents grappled with the new rules.

Protests erupted around the country, lawsuits were filed and a federal judge in New York blocked deportation of those detained under the order, which drew criticism from immigration and human-rights activists, Democratic lawmakers and some leading Republicans.