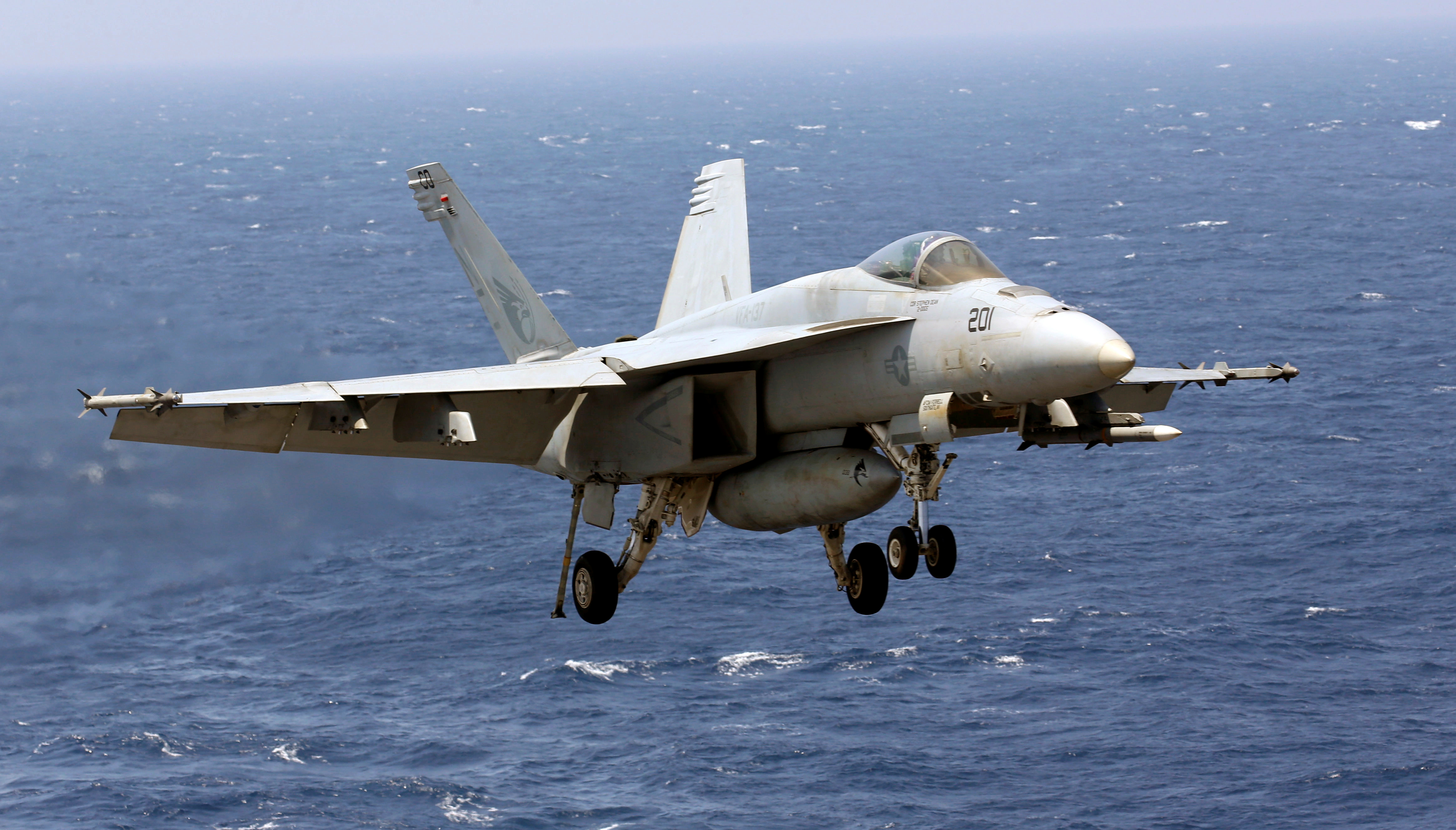 Oil spiked after U.S. missiles rained on Syria. The fear isn’t that supplies will be disrupted but that Syrian ally Iran, which has been increasing its output of crude, will be hit with renewed sanctions. Even if that happens, other forces could keep markets well supplied.

A U.S. Navy F18 fighter flies over the South China Sea as it prepares to land on the deck of USS Carl Vinson during a routine exercise in South China Sea, March 3, 2017. REUTERS/Erik De Castro - RTS11AG5

The United States launched missile attacks on Syrian government targets on April 7, triggering a jump in the price of crude.

Two U.S. warships fired 59 cruise missiles at the Syrian airbase controlled by the forces of President Bashar al-Assad in response to a poison gas attack in a rebel-held area on April 4, U.S. officials said.

Oil prices rose following the attack. Brent crude futures were up 1.6 percent at $55.73 per barrel by 0844 BST. The benchmark had earlier touched a one-month high as traders weighed up the impact of the attacks.