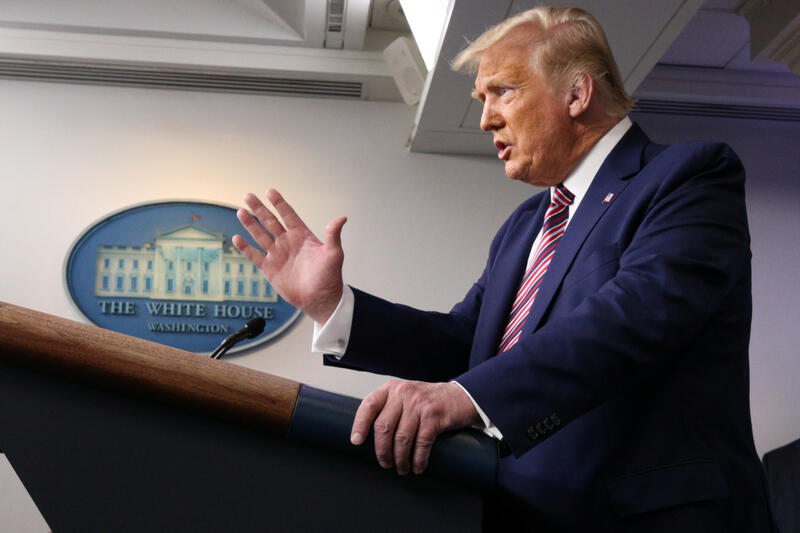 The U.S. president paid just $750 in federal taxes the year he was elected thanks to losses and deductions, according to the New York Times. Assume it’s all legitimate and it shows how America’s tax code favors corporations and the very rich. If voters want, they can change that.

U.S. President Donald Trump speaks to reporters during a news conference inside the James S. Brady Briefing Room at the White House September 27, 2020 in Washington, U.S.

U.S. President Donald Trump paid $750 in federal income taxes in both 2016 and 2017 thanks to heavy reported losses from his business enterprises, the New York Times said on Sept. 27, citing tax-return data.

Trump dismissed as “fake news” the report that also said he had paid no federal income taxes in 10 of the 15 years to 2017, despite making over $427 million through 2018 from his reality television program and other deals.

Americans pay income taxes to the federal government and in some cases to their home states and local municipalities.

Trump has previously said that he likes to minimize his tax bill, calling depreciation “a wonderful charge” in a 2016 debate, and saying that not paying federal income tax “makes me smart.”