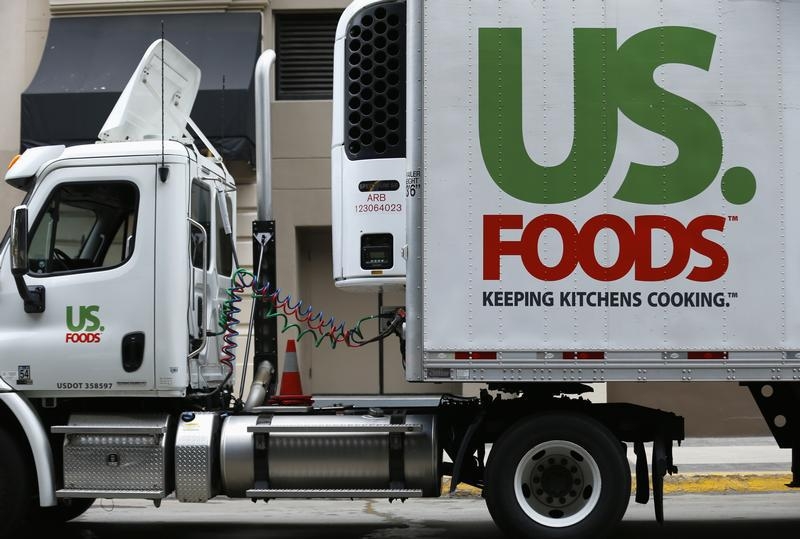 U.S. trustbusters are cooking up a simpler way to fry a food deal. The Federal Trade Commission need raise only “serious” questions to thwart Sysco’s $3.5 billion US Foods purchase in court. It’s an unusually low hurdle that has worked before.

The fight has been bitter since the transaction was announced in December 2013. Sysco insists enormous cost savings would emerge from uniting the nation’s two largest food distributors, while fierce local competition would keep prices down. The FTC, however, says only those two companies can serve sprawling hotel and restaurant chains, and eliminating one would squelch national competition. Sysco offered to sell distribution centers with nearly $5 billion in revenue, but the agency balked at the plan and sued to stop the combination on Thursday.

A legal quirk could help it win. To put a deal on hold, the Justice Department must show early that it will probably succeed at trial. Under the Federal Trade Commission Act, however, and subsequent court expansions of the law, FTC lawyers only have to raise issues serious enough to justify proceedings before an administrative law judge.

The distinction seems technical but makes a difference. In 2008, for example, a federal appeals court relied on the more lenient rule to block the $565 million acquisition of Wild Oats by Whole Foods. Two weeks later, another court stymied a deal between CCC Holdings and a rival automotive software supplier.

Whole Foods eventually completed its takeover, but a preliminary injunction and the administrative proceeding delays are often enough to kill deals. That’s why a U.S. House committee voted in September to change the standard. The proposal has not advanced since, however.

The union of Sysco and US Foods could still succeed. A high-profile challenge to a merger between US Airways and American Airlines parent AMR ended in 2013 when the companies agreed to divest a handful of landing spots. A closer analogy, though, may be AT&T’s bid for T-Mobile, which failed over a market definition disagreement similar to the one in this recent food fight.

In any event, the Justice Department brought both those cases. With the FTC in control, it may be tougher to stop Sysco’s deal from going up in smoke.

Sysco in December 2013 offered to buy its smaller rival from private equity owners in a transaction that would combine the largest two U.S. food distributors and create a company with at least a quarter of the $235 billion North American market.

“This proposed merger would eliminate significant competition in the marketplace and create a dominant national broadline food service distributor,” Debbie Feinstein, director of the Federal Trade Commission’s Bureau of Competition, said in a statement.

Sysco Chief Executive Bill DeLaney responded to the FTC lawsuit by explaining that “those of us who work in this industry every day know it is fiercely competitive. Customers of all types have access to food distribution services from a wide variety of companies.”