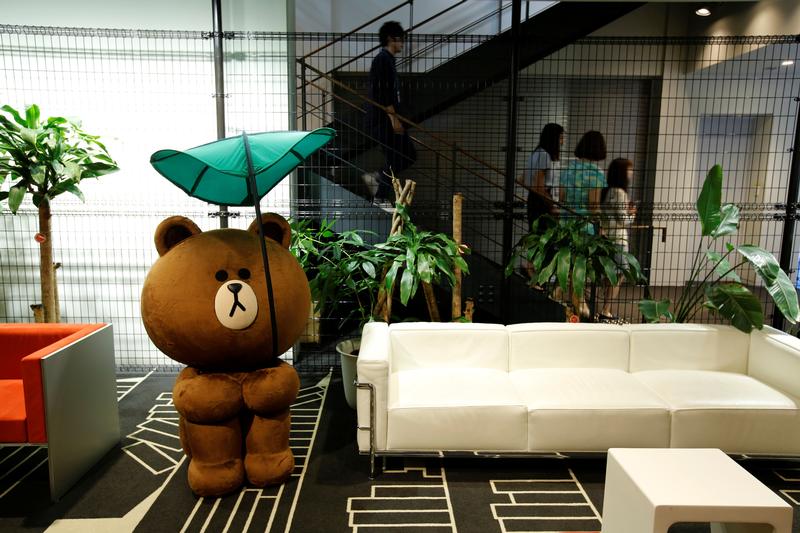 SoftBank and South Korea’s Naver want to merge Yahoo Japan and Line in a complex, multi-step deal. Investors are excited about a $30 bln payments-to-messaging giant, but there are many hurdles to clear. Shareholders and regulators may balk. And even then, a JV structure awaits.

A Line character is seen at the Line Corp's headquarters in Tokyo, Japan June 2, 2016.

Japan's SoftBank Corp said in a regulatory filing on Nov. 18 that it plans to merge Yahoo Japan, which last month changed its name to Z Holdings, with messaging app operator Line Corp.

As part of a multi-step deal, SoftBank and South Korea’s Naver will take the Tokyo-listed Line private and form a 50-50 joint venture. The combined entity would eventually control Z Holdings, which in turn will operate Yahoo Japan’s and Line's businesses.