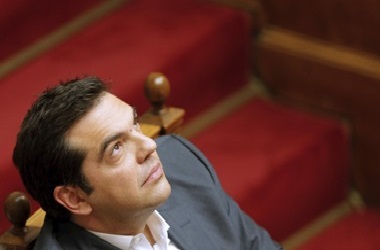 Alexis Tsipras seems to have a political death wish. The Greek prime minister’s decision to sack the head of the supposedly independent tax authority will ring alarm bells with the country’s creditors.

One of the country’s weakest points is its rampant tax evasion. This is why the euro zone and the International Monetary Fund keep insisting on the need for Athens to have an effective revenue collection arm that is independent from governmental interference. If politicians meddle with the tax authority, the fear is that they might let their allies off paying what they owe and turn tax inspectors on their enemies.

Last summer, the previous government, led by Antonis Samaras, fired the then-head of the tax authority. This proved a turning point in his relations with Greece’s creditors, who never again trusted him. They were harsher in their demands and starved Athens of credit – moves that ultimately contributed to his downfall.

The dismissal of the new tax boss, Katerina Savvaidou, could have similar disastrous consequences. Although she has been accused by a prosecutor of breach of duty for extending tax collection on revenues on television advertising, she has not been found guilty.

Savvaidou’s sacking will make it harder for Athens to secure a pass mark in the creditors’ first review of the latest 86 billion euro bailout – because it will raise questions about Tsipras’ willingness to stick to his side of the bargain. Among other things, the new deal was supposed to strengthen the tax authority’s independence. If the review is delayed, credit won’t flow to the economy and promised talks on relieving Greece of some of its debt burden will be postponed.

The firing also could complicate the recapitalisation of Greece’s banks, for which up to 25 billion euros of bailout cash has been earmarked. If this slips beyond the end of 2015, euro zone rules may require a haircut of uninsured depositors. Part of their savings would be forcibly converted into equity, something which would be hugely damaging to the economy.

If Tsipras knows all this – as he should – his actions beggar belief. Unless this decision is somehow reversed, months of hard work could be left in jeopardy.

Greece’s cabinet on Oct. 22 sacked the country’s top tax collection official in a row over alleged delays in collecting taxes.

Katerina Savvaidou, head of the Public Revenues Authority, had denied any wrongdoing. She was charged by a Greek prosecutor with breach of duty for extending by about a year tax collection on revenues on television advertising.