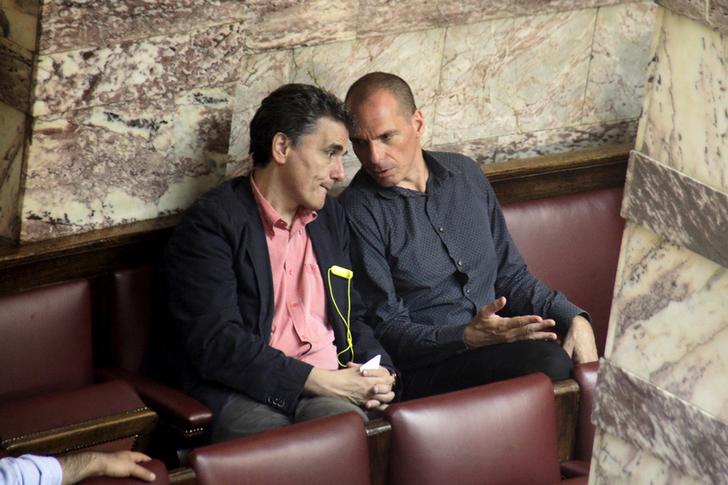 Alexis Tsipras’ U-turn only lowers Grexit risks in the short term. Greece’s latest bailout plan accepts most of what its July 5 referendum rejected. The 61.3 percent of voters who chose “Oxi” will be a little confused.

Having lambasted Europe’s bailout proposals as an affront to Greek dignity, Alexis Tsipras has just made reform pledges that are almost identical to secure a 53 billion euro rescue. The premier has backtracked on controversial VAT exemptions for islands and pension benefits for the poor. He also pledged to maintain the same fiscal targets, such as a 1 percent primary surplus in 2015.

The U-turn suggests the referendum was more about Tsipras strengthening his domestic position than economics. It may have helped boost international support for debt relief, although the Greeks are being careful not to ask for haircuts. The latter are opposed by Germany.

Euro zone creditors will still quibble at Tsipras’ proposals. He wants small islands to keep VAT discounts and to delay tax reform for farmers. They will object to plans to reform wage bargaining and not privatise electricity. Tweaks will be necessary.

A lot still needs to happen for Greece to avoid defaulting on the European Central Bank on July 20, a trigger for it to leave the euro zone. Tsipras needs to get the bailout approved by his parliament. Creditors, including the International Monetary Fund, need to turn a blind eye to the implausible fiscal targets that rely too much on tax increases, rather than more growth-friendly spending cuts. With the economy in freefall after the referendum triggered capital controls, perhaps two blind eyes are needed.

The U-turn does reduce the immediate risk of an exit. If creditors reject a deal now, historians will judge they actively wanted Greece to leave the euro zone.

But unless capital controls are lifted quickly, the economy will stay in freefall, and another dose of austerity won’t help. The current left-leaning government may struggle to encourage investment and implement reforms. While Greeks currently want to stay in the euro zone, another year of desolation could make the next standoff more combustible.

The Greek government submitted a list of fiscal measures and economic reforms to euro zone creditors on July 9, as part of a request for funding. Greece is asking for a 53.5 billion euro bailout to cover its debts until 2018, and a re-profiling of its debt, Reuters reported on July 10.

The list of reforms includes a pledge to hit a primary surplus target of 1 percent in 2015, limit VAT discounts for Greek islands and discourage early retirement.