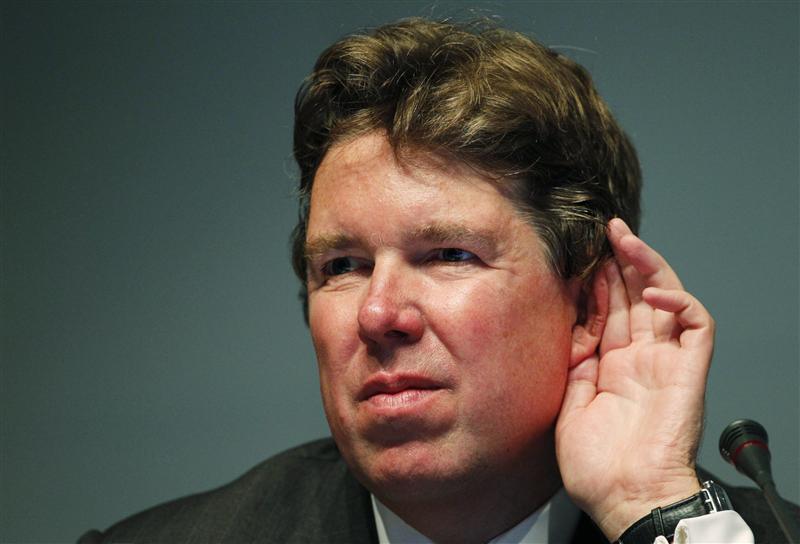 The Bank of England deputy convincingly denied political pressure prompted Barclays to rig interbank rates. But his explanation lacked clarity, and he was pummelled for not heeding earlier warnings. The encounter has somewhat damaged his chances of taking charge of the BoE.

Deputy Governor of the Bank of England, Paul Tucker, attends the Financial Reform Conference co-hosted by the South Korean government and the Financial Stability Board (FSB), in Seoul September 3, 2010. South Korea will host the Nov. 11-12 summit of the Group of 20 (G20) economies in Seoul. REUTERS/Lee Jae-Won

The Bank of England’s deputy governor, Paul Tucker, on July 9 strongly denied suggestions that government ministers had pressured him to encourage banks to manipulate interest rates.

“Absolutely not,” Tucker said when asked by lawmakers if any government officials or ministers had encouraged him to “lean on Barclays” or any other bank to lower their Libor submissions.

Tucker said that an October 2008 telephone conversation with Bob Diamond, then a senior Barclays executive, had been designed to relay to the bank the risk that it was signalling potential distress by continuing to borrow at elevated rates in the interbank market.

Tucker also came under attack from UK parliamentarians for failing to heed earlier warnings that banks’ submissions to the London Interbank Offered Rate were lower than the rates at which they were actually able to borrow.