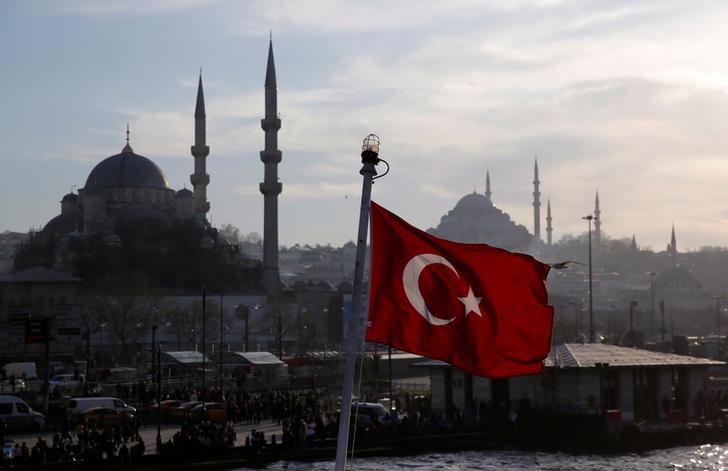 Turkey’s new central bank governor has made an excellent start. Within two weeks of taking office, Naci Agbal has raised interest rates by the most in more than two years, promised to keep bearing down on inflation, and improved transparency by reducing the number of policy rates that matter. This will be music to international investors’ ears.

Agbal on Thursday hiked the benchmark one-week repo lending rate to 15% from 10.25% and said that funding would now only be available at this rate. That’s a break with the so-called interest rate corridor mechanism used by his predecessor, which allowed the central bank to tweak the real average cost of borrowing daily by altering the amount of money available at four key rates. Policy tightening will therefore be done upfront rather than via the backdoor, even if that means risking the wrath of President Tayyip Erdogan, who fired two central bank chiefs in less than a year and a half.

The rate hike and the increased transparency is a bold move for a central bank plagued by interference from Erdogan and a good start at rebuilding market trust. It was certainly enough to help the lira extend gains of more than 10% that it had made against the dollar since Agbal’s appointment and the subsequent departure of Erdogan’s son-in-law Berat Albayrak as finance minister. Just as well. Goldman Sachs estimates the central bank burnt through more than $100 billion in foreign exchange reserves in the first 10 months of the year but failed to protect the lira, which weakened as far as 8.6 against the dollar earlier this month. Enhancing policy credibility will be a far cheaper way to support the currency.

Granted, the lira is not yet out of the woods. The central bank has only $16 billion left in net foreign exchange reserves. Also, Istanbul is suffering from a worsening second wave of Covid-19 and the International Monetary Fund predicts the economy will shrink 5% this year. But the new rate at least means the policy rate is finally higher than inflation. Thanksgiving has come early for investors.

Turkey’s central bank on Nov. 19 raised its benchmark one-week repo rate to 15% from 10.25% and said it would provide all funding through this main rate.

A Turkish flag, with the New and the Suleymaniye mosques in the background, flies on a passenger ferry in Istanbul, Turkey, April 11, 2019.

Turkey’s central bank on Nov. 19 raised its benchmark one-week repo rate to 15% from 10.25% and said it would provide all funding through this main rate.