Friends in the right places 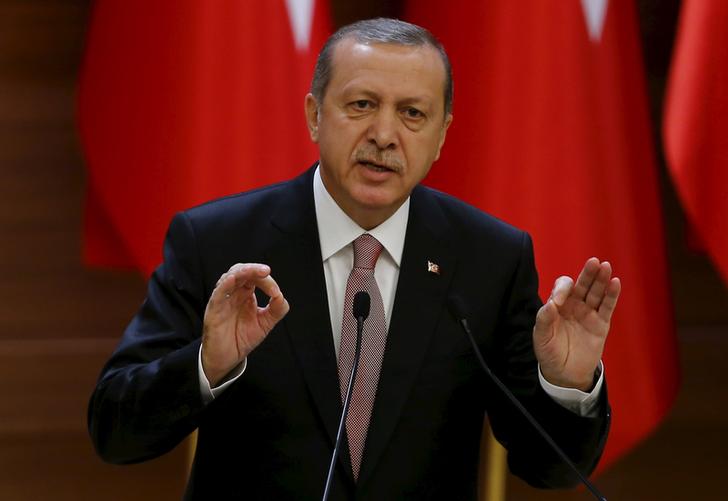 Turkey is enjoying a new rapprochement with European Union politicians. But it’s struggling to win quite as much favour with investors.

The renaissance in the political ties is born of necessity. The EU needs Ankara’s help to handle the region’s biggest migrant crisis since World War Two, not least by making shared borders less porous. The European Commission has said it will set up a 3 billion euro fund to help Turkey cope with inflows of Syrian refugees, and the country’s stalled bid to join the EU is being jump-started.

But investors are treating the country with a healthy dose of scepticism. Granted, the most recent lurch lower in Turkish asset prices came after national forces downed a Russian jet, triggering a sharp deterioration in relations between the two countries. But the rot had already started. Turkey’s lira currency has fallen 6 percent against the dollar since Nov. 2, the day after an election that restored single-party rule by President Tayyip Erdogan’s AK Party. Its main Istanbul stock index has lost a tenth of its value over the same period.

The initial post-election relief rally has quickly given way to concern about how much influence the president will wield over the new government or the central bank, which is supposed to be independent. Erdogan has in the past said defending high interest rates was tantamount to treason so investors tend to be on edge when he calls for lower rates to boost growth, as he did on Nov. 19.

Prime Minister Ahmet Davutoglu has sought to reassure rattled investors, saying on Nov. 26 that there was no intention of curbing central bank independence. And a respected former finance minister, Mehmet Simsek, has been appointed as deputy prime minister in charge of the economy. But it’s unclear how much latitude Erdogan will allow the government on economic policy and reforms, especially since he is urging constitutional changes to make the presidency more powerful.

Turkey’s current account deficit has shrunk somewhat, but the World Bank reckons the shortfall is unlikely to fall below 5.5 percent of GDP without significant structural reforms. Countries that run deficits of this scale need friends in financial markets as well as politics.

Turkish President Tayyip Erdogan makes a speech during his meeting with mukhtars at the Presidential Palace in Ankara, Turkey, November 26, 2015.

Turkey’s EU minister said on Nov. 26 the latest chapter in his country’s long-stalled European Union membership bid would be opened in mid-December.

Turkish President Tayyip Erdogan on Nov. 26 renewed his call to parliament to draft a new constitution that would grant his office greater executive powers.

The main Istanbul stock index has fallen 10.8 percent since Nov. 2, the day after an election which restored single-party rule by President Tayyip Erdogan’s AK Party.