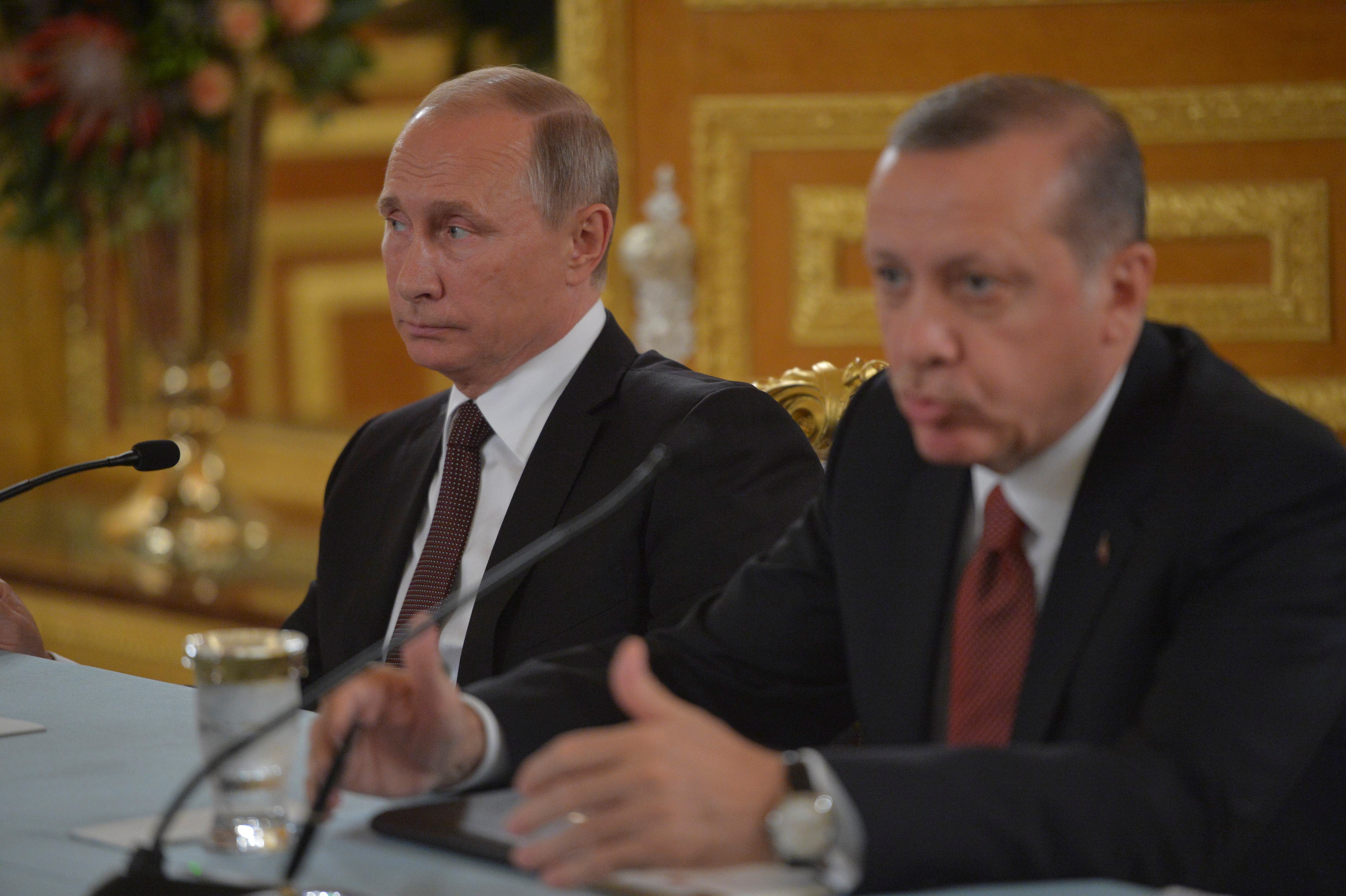 Moscow’s ambassador in the Turkish capital has been shot dead by a policeman seeking revenge for Aleppo. In 2015, Recep Tayyip Erdogan and Vladimir Putin were at loggerheads. Now mutual self-interest over Syria and a perceived common enemy mean the shock can be smoothed over.

Russia’s ambassador to Turkey, Andrei Karlov, was shot dead at a cultural centre in Ankara on Dec. 19. Before himself being shot by police, his killer shouted that the murder was revenge for Russia’s actions in Aleppo.

“We agree with Putin that this is a provocation, there is no split of opinion about this,” Turkish President Recep Tayyip Erdogan said on Dec. 19 after talking to Vladimir Putin on the phone. “In the phone call tonight we agreed on empowering our solidarity,” he added.

“We have to find out who was controlling the murderer,” Vladimir Putin said at a meeting with top government officials in the Kremlin. Russia will send investigators to Ankara to work with Turkish authorities, Putin added.