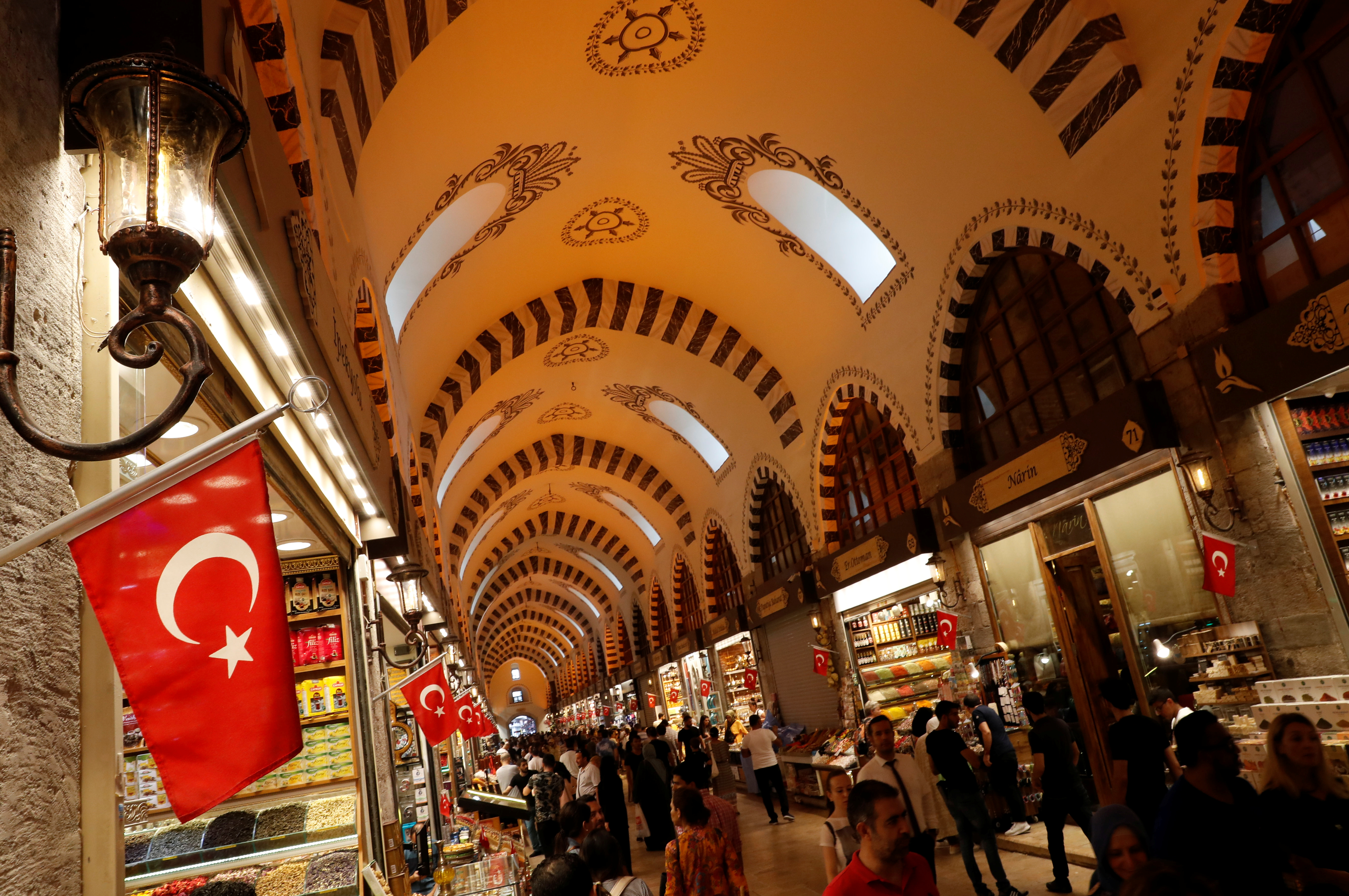 Ankara is making it harder to bet against the lira, but overnight swap rates of 700 pct also make hedging prohibitive. Probes by the bank watchdog mean a research drought. Investors will dump Turkish assets rather than stay exposed, especially when experts are opting to keep mum.

People shop at the Spice market, also known as the Egyptian Bazaar, in Istanbul, Turkey August 17, 2018.

Turkey will continue directing its banks to withhold lira liquidity from a key overseas market at least until after local elections on March 31, three sources familiar with the matter told Reuters on March 27.

The latest stop-gap measure to restore confidence in the lira boosted the London overnight swap rate to 700 percent, a record high and a massive hurdle to foreign investors looking to bet against the Turkish currency or hedge existing exposure.

Turkey's banking watchdog said on March 23 it had launched an investigation into JPMorgan and other banks over complaints it received after the lira plunged more than 4 percent and the main share index fell sharply a day earlier. The Capital Markets Board of Turkey also said it had launched a probe after receiving complaints that a JPMorgan report was "misleading" and caused speculation on the Istanbul bourse.