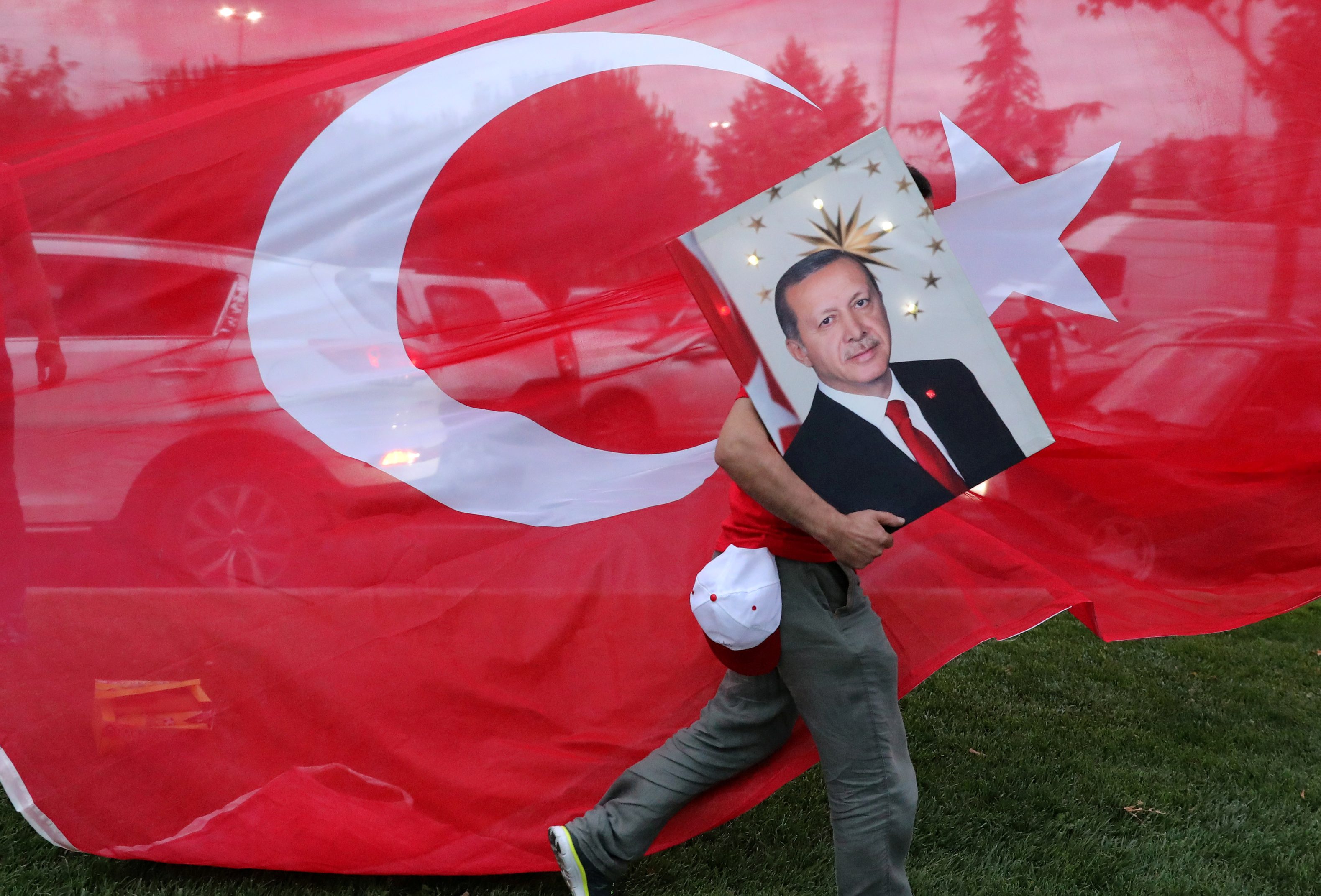 Tayyip Erdogan and his AK Party emerged victorious from presidential and parliamentary elections. Enhanced powers may encourage the Turkish leader to implement inflationary stimulus and again challenge the central bank’s independence. Investors will be less forgiving than voters.

A supporters of Turkish President Tayyip Erdogan holds his picture in front of a Turkish flag, in front of Turkey's ruling AK Party (AKP) headquarters in Istanbul,Turkey, June 24, 2018. REUTERS/Goran Tomasevic TPX IMAGES OF THE DAY - RC1D72DCC500