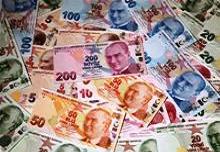 The Turkish central bank has gone for shock and awe. After a messy week of blunders, it has opted for a massive increase of interest rates that will soothe concerns about the institution’s independence. The country may be mired in a political crisis and ruled by an unpredictable prime minister, but at least it still has a central bank doing what central bankers are supposed to do – mind the currency.

A week ago the central bank refused to raise rates and embarked on a pointless intervention on currency markets that only depleted its reserves further. A midnight press release announced that all the reference rates were raised – some doubled. What matters for banks and the economy is that the de facto financing rate increased from 7.75 percent to 10 percent. That translates to a real interest rate of about 3 percent, high enough to help bring runaway inflation back in line.

Higher interest rates may also reduce GDP growth from an expected 3.5 percent for 2014. But for the moment a stronger lira will help the country’s businesses and banks, many of which have large foreign-denominated debts.

The central bank’s determination will also reassure the investors who matter most for Turkey’s economy: those ready to stay for the long-term, as opposed to the hot money which still finances more than three-quarters of a current account deficit running at 7 percent of GDP. There’s nothing like the prospect of a melting currency to scare the good capital away.

If the central bank move succeeds, its impact will be felt beyond Turkey’s border: if the new symbol of emerging economies’ fragility can do it, then there’s hope for others.

But even a massive rate hike cannot by itself solve the country’s problems. They can only be addressed by a stable, rational and predictable government, the type of which Turkey hasn’t had in recent months. The central bank’s surprise move gives Prime Minister Tayyip Erdogan some time to amend his ways and focus on a sensible reform agenda. No rate is high enough to attract the kind of investors Turkey needs if the country’s leader keeps being seen as paranoid.

Turkey’s lira saw its biggest jump in five years on Jan. 29 after the central bank stunned investors with a huge rate hike designed to staunch and reverse a major flight from risk.

The country’s central bank tightened policy at a midnight meeting of its central bank. It shifted the key interest rate from the previous 7.75 percent to a one-week repurchase rate of 10 percent. The overnight rate, which will no longer be the central bank’s reference rate, was increased to 12 percent.

Early signs were that it was stemming the rout in the Turkish lira, which rose to 2.1650 per dollar from a historic low of 2.39 on Jan. 27. Turnover was exceptionally strong. The Istanbul stock market index increased by 2 percent.