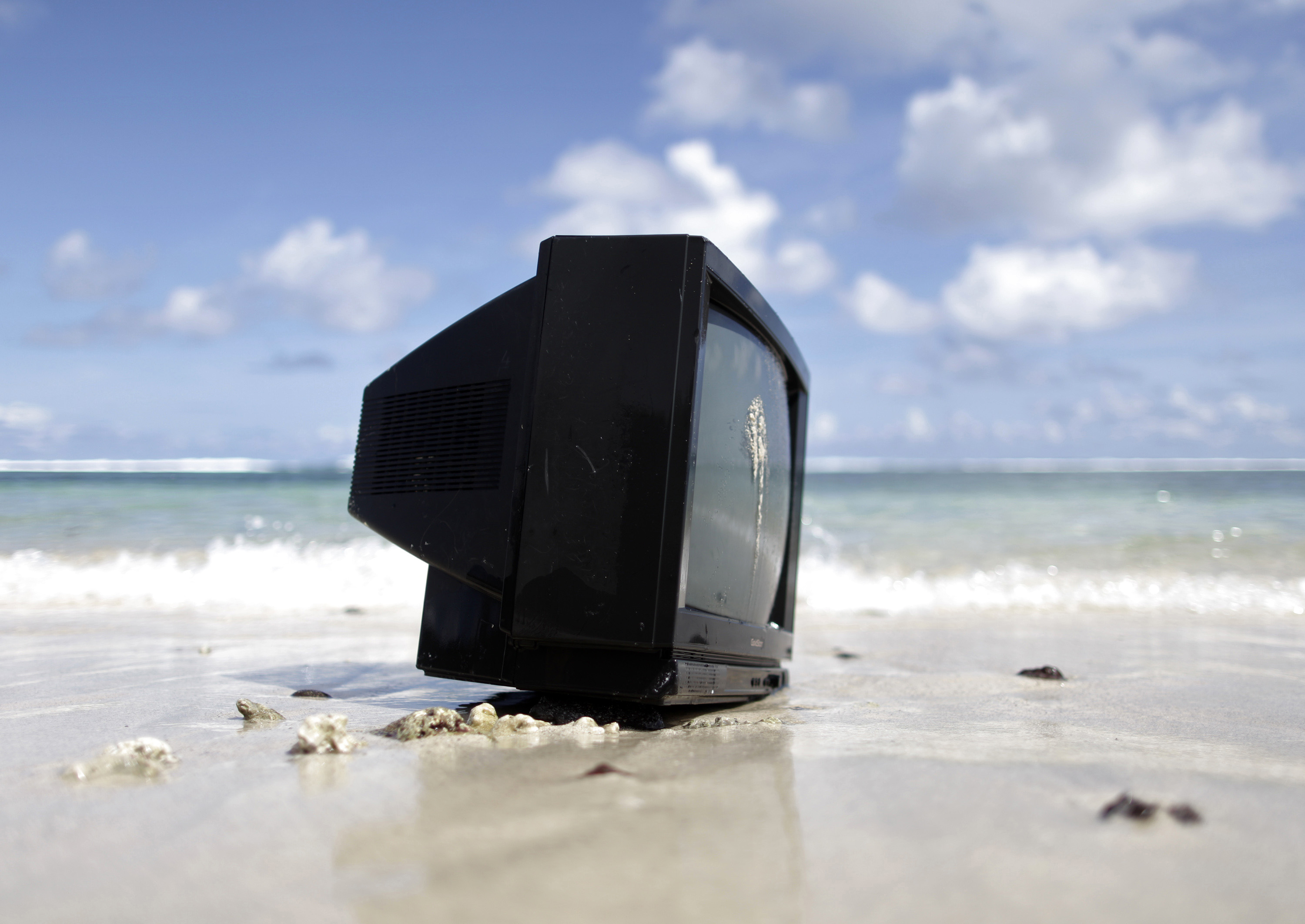 There is a breach in the moat around the U.S. television advertising business, worth an estimated $70 billion this year according to research firm eMarketer. Google, almost on its own, decimated U.S. newspaper print ad spending, which peaked at $49 billion in 2000 but reached just $17 billion in 2013, according to the Newspaper Association of America. Two recent reports suggest that the digital raid on TV revenue is beginning in earnest.

The evidence may start to show as big media companies like Time Warner, Twenty-First Century Fox, CBS, Viacom, Walt Disney and Comcast, which owns NBCUniversal, unveil second-quarter results in the coming weeks. TV ad revenue for the quarter is expected to fall between 2 percent and 3 percent, according to research firm MoffettNathanson, marking the fastest pace of decline since the second quarter of 2009, during the recession.

Fewer people fit in with programmed schedules and more use streaming services like Netflix. Even the network-owned Hulu is considering selling subscriptions that will allow viewers to watch programs ad-free, the Wall Street Journal reports. The exceptions are live sports and major entertainment shows such as the Academy Awards. But those events can’t prevent the overall loss of eyeballs. Primetime TV ratings among adults aged 18 to 49 plummeted 8 percent in the second quarter, according to MoffettNathanson.

Advertisers increasingly want the flexibility and ease of buying on-the-fly digital exposure instead of committing millions of dollars in advance to secure TV airtime. Adding to the pain are the likes of Facebook and Google’s YouTube, which are actively lobbying for advertising dollars.

A recent Bain & Co study found that fewer marketing executives than in previous surveys included TV as one of the five largest advertising channels they expected to use in the next three years. The winners were online video, social media and mobile platforms.

Digital advertising’s market share may surpass television in 2018, eMarketer reckons. In the newspaper world, publications have tried to capitalize on a similar shift – but they have lost out to online specialists, and their digital ad revenue in 2013 barely topped 10 percent of the print income lost over 13 years. The newspaper industry stopped compiling the data after that. Even if the big TV companies do a lot better, they’d better prepare for carnage. The golden age of commercial breaks is coming to an end.

A television sits at the water's edge on Samoa's southern coast.

Compared with previous surveys, fewer marketers included TV when asked which types of media would be their five largest advertising channels over the next three years, Bain & Co said in a report. The report found that major brands are shifting ad dollars away from TV.

Online streaming video service Hulu, which is owned by Comcast, Walt Disney and Twenty-First Century Fox, is considering an ad-free subscription, according to the Wall Street Journal.