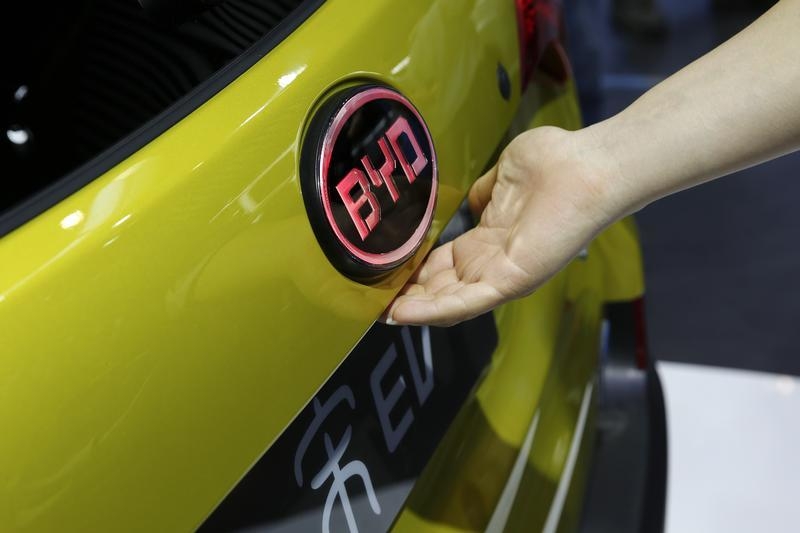 BYD is driving in the fast lane. The Chinese group’s electric vehicle sales surged in the first half of the year. Government subsidies are fueling growth of the sector. But vertical integration gives BYD an edge over local rivals. A rare interim dividend payment suggests boss Wang Chuanfu is confident that he can keep the automaker in pole position.

The Shenzhen-based company leads global electric vehicle sales. Thanks to models like the e6 and the Tang, BYD’s electric vehicle sales in the six months to June surged 161 percent year on year to 15.5 billion yuan ($2.3 billion). Analysts at Bernstein reckon the company now has a 14 percent market share of worldwide EV sales, followed by Tesla and Nissan with roughly 9 percent each.

Beijing’s aggressive policies explain BYD’s turbo charged growth at home. The country is aiming to have five million electric vehicles on the road by 2020. Authorities have splashed out more than 48 billion yuan on subsidies from 2013 to 2015, according to the China Daily. As a result, China’s EV sales volumes are growing almost three times faster than the world’s.

BYD’s vertical integration in batteries helps it stand apart from rivals and boost its bottom line. The power source is the most expensive component in an electric vehicle. As BYD shifts gears to selling more electric cars than gasoline ones, Nomura estimates that the company’s adjusted operating profit margin for the autos division have doubled year on year to 12 percent.

Yet everyone from the Netflix-like streaming platform LeEco to China’s largest air-conditioner maker are now racing to make electric cars. That raises risks. It is also unclear how quickly the government will wind down subsidies. The decision to pay out 1 billion yuan as a dividend just months after BYD raised 14.4 billion yuan in July from a clutch of investors including Samsung Electronics suggests Wang is looking for ways to keep investors revved up.

The company forecast an 83 to 91 percent rise in net profit for the first nine months of this year.

BYD's board also recommended an interim cash dividend of 0.367 yuan per share, according to the filing. This will be the company's first dividend payment since 2014.

The company forecast an 83 to 91 percent rise in net profit for the first nine months of this year.

BYD's board also recommended an interim cash dividend of 0.367 yuan per share, according to the filing. This will be the company's first dividend payment since 2014.